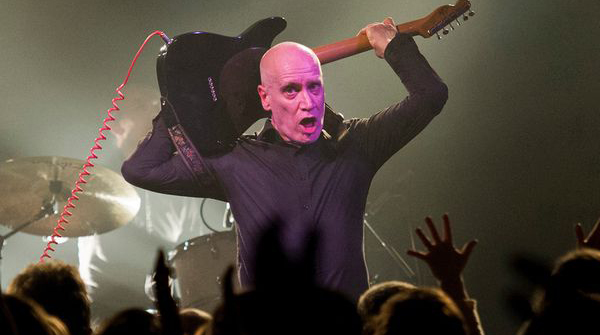 Dr Feelgood’s founding guitarist Wilko Johnson was honoured this past weekend for his tireless contribution to music at the European Blues Awards.

Johnson, who earlier this year was diagnosed with terminal cancer, received a lifetime contribution award in recognition of his commitment to the genre throughout his career.

Other winners include Band Of Friends, formed by Rory Gallagher’s former colleagues Gerry McAvoy and Ted McKenna, who were named best band; Virgil McMahon of Virgil And The Accelerators who picked up best guitarist and Ian Siegal who took the best vocalist award.

Organisers of the event which was held in Carlisle said:

“Congratulations to all the highly deserving winners. Voting volume was absolutely phenomenal. Thanks to everyone who voted and made this year’s awards such a tremendous success. Our special thanks to Carlisle International Blues Festival UK for doing a really brilliant job in hosting this year’s results.”

Considering Johnson’s health the pub rock pioneer has refused to allow the cancer stop him and, despite his recent decision to retire form concerts, he has announced he will play the London Jazz Festival on November 21st.

Johnson has also brought in Who singer Roger Daltrey for his final album and he’s about to release a live DVD, which was shot earlier this year.