Wilko Johnson Parachutes Back to Reality 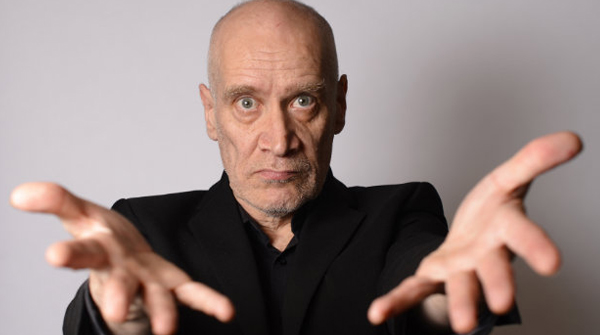 In what has been somewhat of an ambiguous year for the pub-rock legend, Wilko Johnson has described his remission from cancer as "parachuting back into reality from the twilight zone".

Wilko had been speaking candidly with the Telegraph about the past 12 months which have literally taken him to the edge of death and back again.

"To say 'You've got cancer' probably takes no more than a second, and suddenly your whole universe has changed, bang, like that! On the other hand, if somebody says 'No, actually we think you're going to be all right', well, that takes a lot more than a second to sink in.

"After a year of believing my fate was settled, coming back is kind of tricky. I'm still trying to adjust to the idea that things aren't going to end. I've got to bloody carry on, man!"

Johnson was diagnosed with pancreatic cancer in January 2013 and given 10 months to live. Opting to hit the road one last time rather than going through chemotherapy treatment, Johnson went on to perform at shows and festivals as well as record an album with Roger Daltrey of The Who.

"When you think you're going to be dead by Christmas, it gets a whole lot of botheration out of the way. You don't have to worry about the future because you haven't got a future. And that's been given back to me. Ha ha!"

At the start of the year, Wilko was still performing farewell shows and his album charted at No.3, making it his biggest selling album since his Dr Feelgood days.

At this point, Wilko had cancer specialists baffled, could there be hope after all?

In April, a specialist team at Addenbrooke's Hospital in Cambridge took out a 7lb 11oz in an operation that also removed his pancreas, spleen, part of his stomach and small intestine.

Read the full interview with Wilko, at The Telegraph.