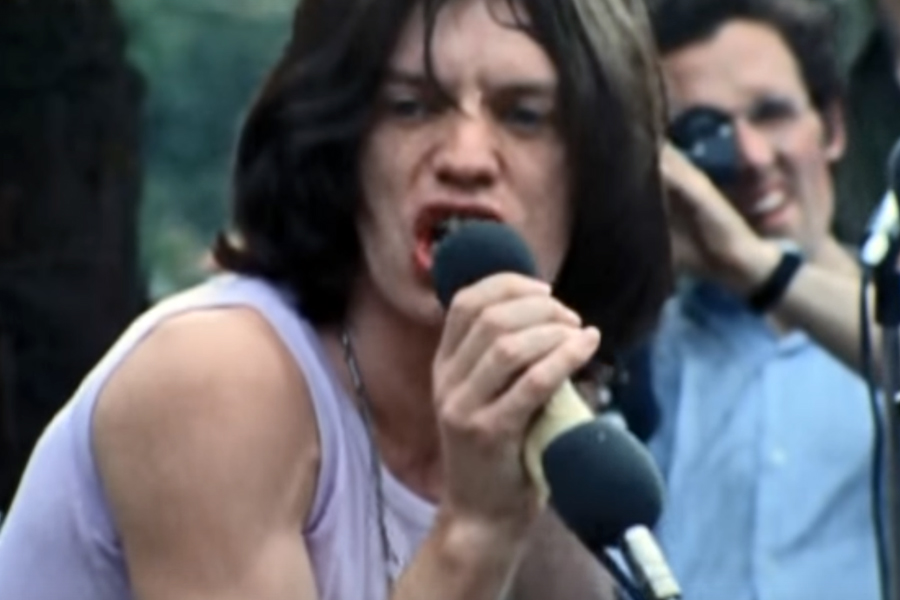 It was 1969, the year of the Moon landings and Woodstock. The Rolling Stones had just released Honky Tonk Woman and had spent the first part of the summer rehearsing at the Beatles’ Apple recording studio on Savile Row for their first public concert in two years.

The Stones in the Park festival was a free outdoor event held at London’s Hyde Park in which the Rolling Stones were due to unveil Mick Jones as the replacement to the recently departed Brian Jones. But, two days prior tragedy struck when a 27 year old Jones drowned in the swimming pool of his home in Sussex.

Fans began arriving to Hyde Park early on July 5th, many with candles in memory of the late Rolling Stones founder whose untimely passing was ruled death by misadventure “while under the influence of drink and drugs” by a coroner a few days following the festival.

Estimates suggest a crowd nearing 500,000 were on hand to witness the Stones perform one of their most poignant and moving sets to date in memory of their fallen band mate. Before the show was due to start Jagger appeared on stage asking the audience to “cool it for a minute”, he then proceeded to read 'Adonais' a sonnet by 17th century poet Percy Bysshe Shelley before thousands of butterflies were released above the crowds.

It was an awe-inspiring display and beautiful tribute to Jones. Observer journalist at the time John Gale wrote that “from far off you might have supposed that this great gathering had come to hear a famed religious leader or some Eastern mystic.” And Guardian journalist Richard Gott described the Hyde Park show as “a great and epoch-making event in British social history.”

More recently in 2013, the Rolling Stones returned to Hyde Park as part of their 50 and Counting tour with the first two shows of the tour taking place just one day after the 44th anniversary of the Stones in the Park show.