What Warren Did Next; Gov't Mule Guitarist Haynes on Life After the Allman Brothers 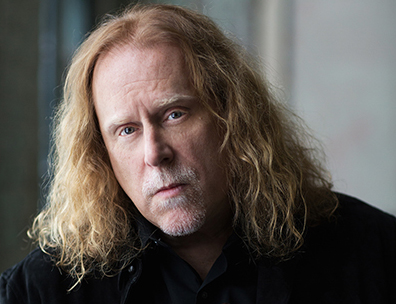 In October 2014, Warren Haynes parted ways with the Allman Brothers Band - a decision the guitarist did not take lightly. His departure ended a 25-year stint with the band (bar a three-year hiatus between 1997-2000), and allegedly forced the remaining members to call it a day indefinitely.

Haynes has since claimed in interviews that the Allman Brothers had already planned on retiring after their 45th anniversary, and that the band had discussed their demise with no bad blood "during several meetings over about a three-year span". The band's farewell concert at New York's Beacon Theatre has been described by Haynes as akin to "...walking on air. Thankfully, that last show was all we hoped it would be - a real representation of what that band was capable of...I was proud of everyone, individually and collectively."

No matter the technicalities of the split, or the uncertainty surrounding the pioneering Southern Rock outfit's future, Haynes certainly did not waste any time getting back in the saddle. The following July he released his third solo studio album "Ashes and Dust", backed by New Jersey act Railroad Earth.

The album contains tracks Haynes had penned over a thirty-year span, songs the guitarist felt were never quite suited to either the Allman Brothers or his blues-rock outfit Gov't Mule. "Ashes and Dust" showcases the Grammy Award-winner's skills with the acoustic guitar, and brings his folk-inspired songwriting to the forefront. Haynes said at the time of release that the record gave him "...the opportunity to take a lot of songs that I love, that didn't have a home, and build a home for them..." Standout track, and lead single, "Spots of Time" will be familiar to Allman Brothers fans, having been played live by the band for many years. Haynes brought in two former Allman Brothers bandmates for the track, to add an extra dimension to Railroad Earth's backing performance. As Haynes said "...bringing in Oteil Burbridge and Marc Quinones from the ABB and mixing that chemistry with the chemistry of the Railroad Earth guys made for a fresh take on the song, and a very inspired performance..."

This year, Haynes will celebrate the 20th anniversary of his project Gov't Mule by embarking on an extensive tour covering the UK, Europe and America. It seems there is no sign of the legendary guitarist slowing down. "...You want to keep growing and you never want to be static, or done changing."