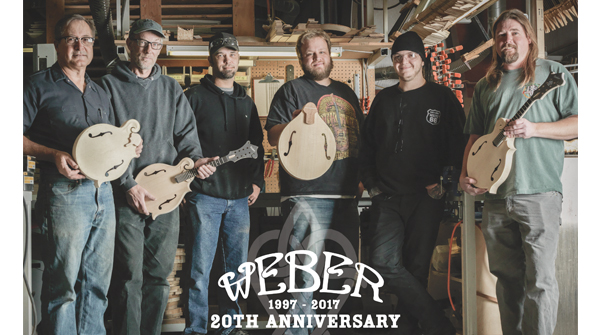 Weber Fine Acoustic Instruments is excited to celebrate 20 years making handmade, heirloom quality mandolins. Based in Bend, OR, the Weber team of craftsmen put their hand touch on every instrument that comes through the workshop.

Stay tuned to Weber’s social media accounts for special giveaways throughout the year, including goodies from amazing Weber players like Sierra Hull, NEEDTOBREATHE, Dropkick Murphys and more! There will also be a special giveaway of #1 of 20 of the 20th Anniversary Bitterroot models.