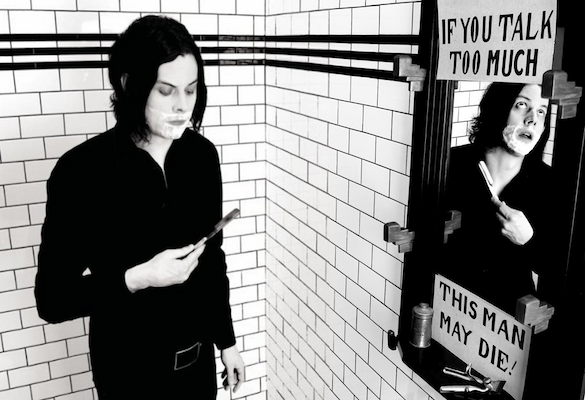 Jack White has released the second video (after "Love Interruption") from Blunderbuss, his solo debut album. In the disturbing video for his De Stijl-esque rocker "Sixteen Saltines", we see White as the only adult, being held hostage in a world otherwise populated entirely by kids who have gone entirely nuts. We see them chugging cough syrup, riding firework-propelled skateboards, smoking weed out of gas masks, getting face tats, and inexplicably flying up into the air.

You can watch the video below along with Jack's recent performances from Saturday Night Live:

Meanwhile, Jack White is set to return to the UK in June for a series of recently announced live shows. Jack will headline London's historic Brixton Academy and Hammersmith Apollo venues on 21st and 22nd June, before performing at the Radio 1 Hackney Weekend on 23rd June. These shows are part of a busy touring schedule for Jack, which will see him performing at major cities across the US and Europe.

Full tour dates below - for ticket information head to www.jackwhiteIII.com