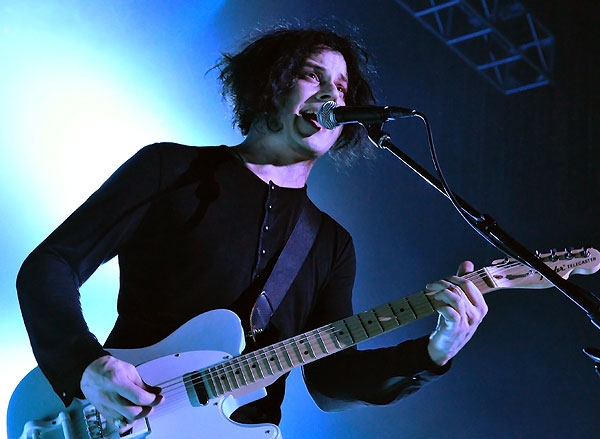 The show at Webster Hall was also streamed online and White hasmade the full video available to stream on his Vevo Channel, watchthe show below:

The garage-blues man played a 21 song, career-spanning set,including a Frank Ocean, No Church In The Wild nod during Cut LikeA Buffalo.

Dead Leaves And The Dirty Ground (The White Stripes song)

Two Against One (Rome cover)

Top Yourself (The Raconteurs song)

I'm Slowly Turning Into You (The White Stripes song)

Take Me With You When You Go

I Cut Like a Buffalo (The Dead Weather song)

Weep Themselves To Sleep

You Know That I Know (Hank Williams cover)

We're Going To Be Friends (The White Stripes song)

White recently made his solo debut in the UK with a London liveshow at the HMV Forum. This sunday saw him knock Adele from the topof the UK charts and score his third number No.1. Jack alsorecently confirmed he had already had twelve new tracks ready for afollow up record.

Blunderbuss is out now on Third Man/Columbia records