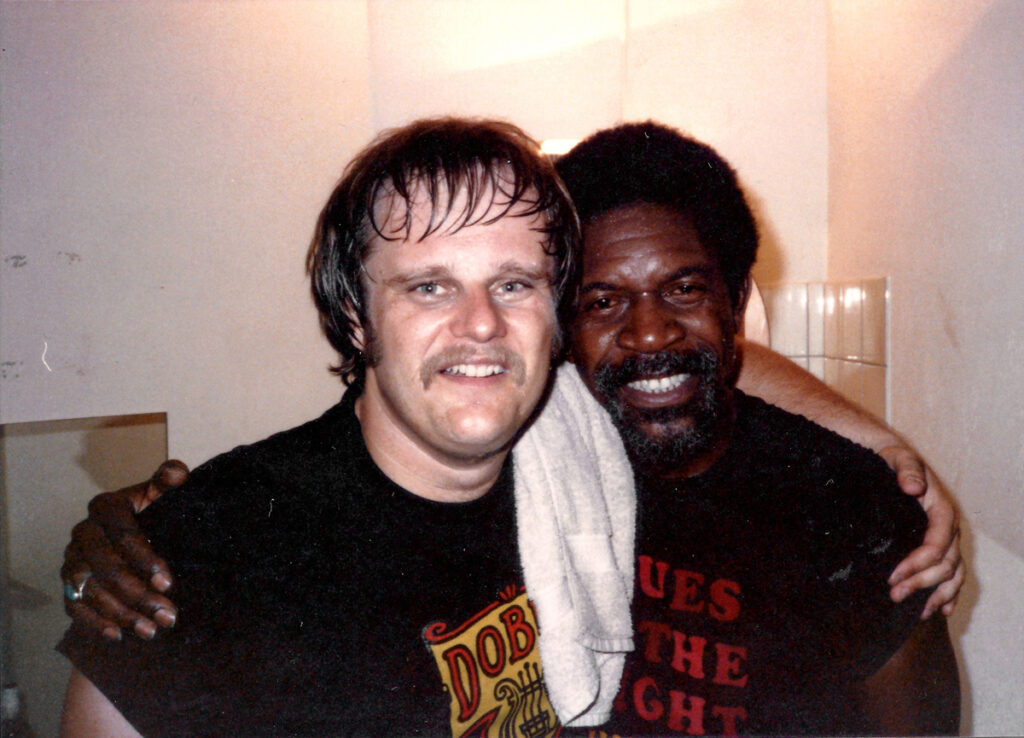 Walter Trout's story is equal parts thriller, romance,suspense and horror. There are musical fireworks, critical acclaimand fists-aloft triumph, offset by wilderness years and brusheswith the jaws of narcotic oblivion. There are feted early stints asgunslinger in bands from John Mayall's Bluesbreakers to CannedHeat, and a solo career that's still blazing a quarter-centurylater.

The veteran bluesman has seen and done it all, with justone omission: he's never made a covers album, until now. "LutherAllison's Blues is my first," Trout notes. "I've thought aboutdoing this album for years."  Of all the peaks in Trout'strajectory, his abiding memory of the late Chicago bluesman isperhaps the most literal. It's 1986, and high above Lake Geneva, atthe palatial Alpine chalet of late Montreux Jazz Festival SvengaliClaude Nobs, lunch is being served. "So we're up at the top of theAlps," Trout recalls, "in this big room with John Mayall, BuddyGuy, Junior Wells, Robert Cray, Otis Rush, and as we're eating, Dr.John is serenading us on acoustic piano. I was sat there withLuther Allison, and we had a great talk."

"Luther was one of the all-time greats," Trout continues."It was just an unbelievably potent thing to watch him perform.Just the energy and commitment that guy had, he was one of a kind.We played together once, at the Jazz Fest that year, and just as wewalked offstage, somebody pointed a camera and we hugged andsmiled. And that photo is on the cover of the CD."When he died in1997, the idea of the album was planted in my brain."

Walter Trout hits the UK for a series of tour dates topromote the album:The Globe, Cardiff (May 8)