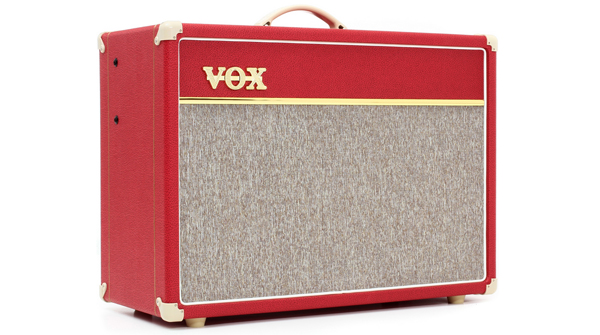 VOX continues to add to its ever-growing lineup of amps with the limited edition "British Garnet Red" AC15C1.

For over 50 years, guitarists have relied on the signature tone of the VOX AC15 amplifier. Now, the AC15C1VRD is available featuring a Celestion V-Type speaker and custom "British Garnet Red" tolex with Tygon grill cloth. This custom color projects a powerful presence in any environment - on stage, in the studio or at home.

The AC15C1VRD offers two channels: Normal and Top Boost. Each channel is equipped with its own Volume control, and the Top Boost channel offers interactive Treble and Bass tone controls. Both channels utilize the Tone Cut and Volume controls in the Master section.

The Master Volume control works in conjunction with the individual volumes of each channel to create just the right degree of gain-staging. By balancing the individual and Master volumes, users can enjoy the coveted clean VOX "chimey" sound, a powerful overdriven tone, and everything in between.

The V-Type speaker has been built using a carefully balanced 'recipe' of old and new design techniques. It's a sweet-sounding speaker with a superbly balanced tonal signature that offers a vintage musicality with authentic Celestion tone for any playing style.