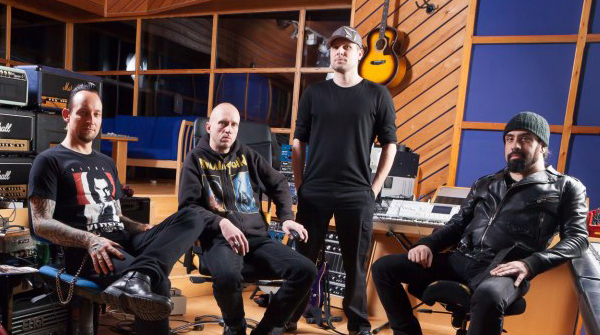 The new album, entitled 'Outlaw Gentlemen and Shady Ladies,' will be released on April 9th and will mark the fifth studio effort by Volbeat. However, along with the album's release details the band have announced that former Anthrax & The Damned Things guitarist Rob Caggiano, who produced the new record, has now joined the group full-time.

"Half of the album tracks will take you into the world of outlaw gunslinger stories sometime in the 1800s. Some of the characters are true legends, while others are fiction. The listener will hear inspiration from old classic spaghetti western movies which gives you a clue to the album title and cover artwork."

"We are still 'rocking out' in the studio, and working on the last details. We are very excited about this album.  We feel that we've achieved the goals we set out. The heavy stuff on the album is perhaps more old school heavy riffs than earlier, and the rock songs rock out with tons of melodies and take us into uncharted territory. All that without losing the Volbeat sound that is the cornerstone of our band."

Volbeat's North American tour kicks off March 6 in Dallas and finishes up April 11 in Philadelphia.

Check out the full list of tour dates below: