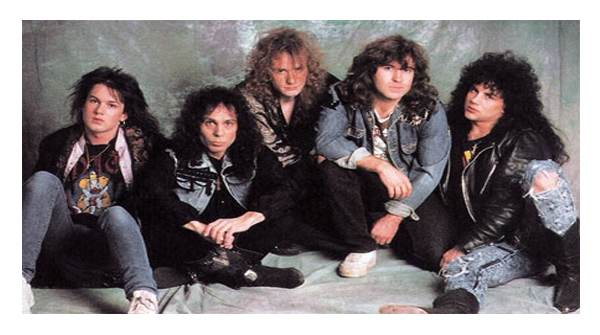 Def Leppard's Vivian Campbell hasadmitted that he deeply regrets much of what he said aboutRonnie James Dio when they parted companyin 1982.

Their infamous war of words continued throughout both theircareers and, although the pair never came to blows physically, theywere both responsible for some pretty spiteful tirades towards eachother.

Now 16 years on Campbell has given an interview to 107.7 KRXO inOklahoma City in which he explains how he and Dio never really saw'eye to eye,' he said (via MetalTalk):

"It was well documented that Ronnie and I had a verycontentious personal relationship; our relationship only worked ona musical level and not on a personal level. So it wasdifficult."

Still the relationship between the two only got worse after thepair parted ways, with Campbell feeling the band had portrayed hisdeparture as being his decision, whilst he maintained he was sackedfrom the band.

"We all contributed to the song writing in Dio. I wrote alot of those songs and a lot of people tend to forgetthat."

"The fact is, it was very difficult for me to even listen tothose songs for decades. Enough time has passed where I'm able togo back and reflect upon that and actually take ownership of itagain, and embrace it for what it was."