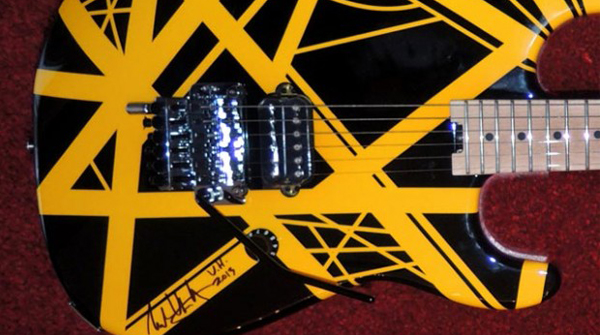 According to the Van Halen News Desk (via HenneMusic) the Dutch guitar maestro has also donated a personalized hockey jersey along with the signed guitar.

There is also some speculation that EVH may even attend the auction, which will take place on Saturday 26th October, along with celebrity photographer and animal activist Christopher Ameruoso and 'Vegan Of The Year'