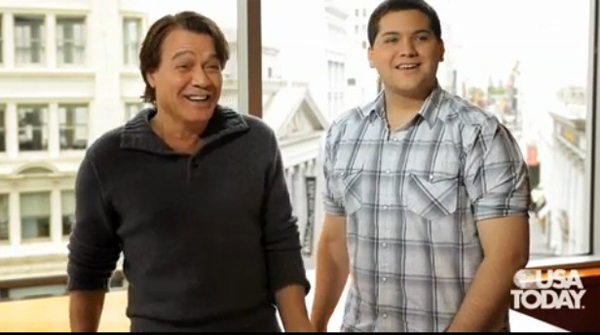 After their recent cancellation debacle, which saw the hard rockicons calling off a number of shows in North America, the band havenow hinted at more US tour dates as well as a Japanese leg for2013.

In a recent interview with USA Today (via UltimateClassicRock) thefather and son pairing of Eddie Van Halen & Wolfgang disclosedthat they had 'bitten off more than they could chew' with regardsto the touring the new album, he said:

"This record took a lot out of us. And we went on tour earlierthan we wanted to so we could play Madison Square Garden, and thatthrew the schedule out of whack."

The band will have successfully completed more than 40 gigs onthis current leg, and "a lot of the cancelled dates were in citieswe already played," he said.

"So in November, we'll hit Japan, and in the new year, we'llpossibly do something special, but I can't talk about it."

See the full video below.

Be sure to check out the latest Issue (#10) of iGuitarMag for our Eddie Van Halen special in which we featurea lost interview with the Dutch guitar maestro along with a VanHalen masterclass to assist you and your playing.