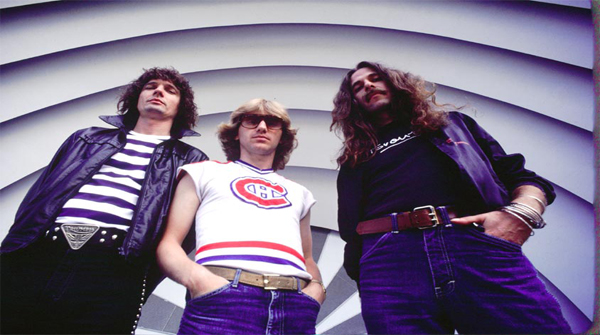 Triumph never did quite reach the heady heights of fellow Canadianprog-rock trio, Rush.  After 10 well received albums and anumber of Juno awards the band disbanded in 1993 after the releaseof 'Edge of Excess,' their final LP through VictoryRecords.

In 2008, however, some 15 years after their final record, theband reunited on June 7th 2008 for a one-off concert. That concertwill now be released as a CD/DVD set, entitled 'Live at Sweden RockFestival' on August 28th.

The CD and DVD will feature the same 10 songs that were performedon the night. The DVD includes bonus features, such as the on-sitepress conference, a behind-the-scenes look at the festival and aphoto gallery.