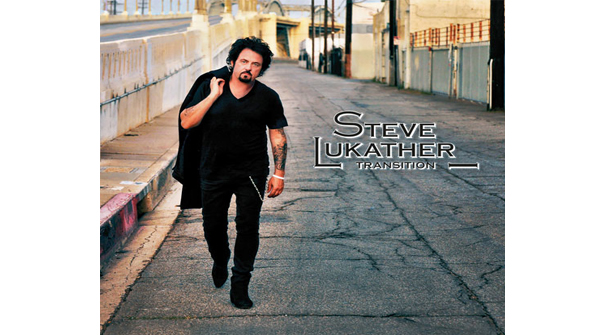 Mascot LabelGroup will release the highly anticipated seventh solo album'Transition' by guitarist, vocalist,composer/producer/arranger, Steve Lukather, on Monday 21stJanuary 2013.  The album will be followed by an extensiveEuropean tour that will include two UK concerts at London'sIslington o2 Academy (March 29) and Bilston's Robin 2 (March30).

One of the original founding members of the multi-millionselling rock band TOTO, Lukather will showcase hisinnate feel for rock and jazz guitar music, along with hisimpeccable song writing talents. Transition showcases extraordinaryguitar playing performed across some of the most heartfelt songs ofSteve's career.  The album will be released in three formatsincluding limited deluxe edition CD, jewel case CD, and vinyl.

Over the previous decade a series of trials including divorce,the death of his mother and business hassles had dampened his joyin music making - a passion that drove Lukather to excel sinceseeing the Beatles on the Ed Sullivan as a seven-year-old growingup in San Fernando Valley.  "Transition is a turning point forthe album and a turning point for me," Lukather explains. "As wewere writing the songs, I was thinking about everything I've seen -all the people I've lost in my life, the great and the difficultexperiences I've had, and how ultimately it was time to get ittogether and embrace things for what they are.  We've only gotone life to live so we should make the most of it."

In addition to his work with TOTO, Lukather has played onhundreds of albums with some of the biggest stars and legends inmusic including Van Halen, Whitney Houston, Alice Cooper, GeorgeBenson and Rod Stewart, he even played guitar on Michael Jackson'smulti-million selling milestone album 'Thriller'.