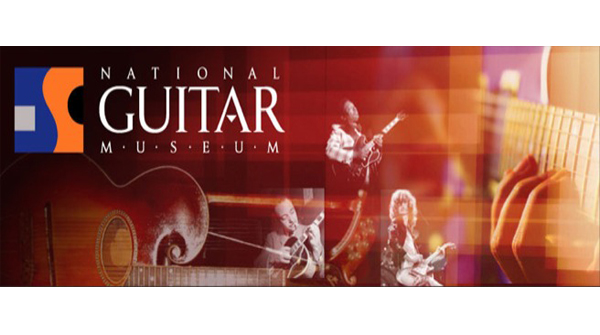 The National Guitar Museum, the first museum dedicated to the history, science, and cultural impact of the world's most popular instrument, is proud to announce that Tony Iommi-guitarist and founding member of Black Sabbath has joined the museum's board of advisors.

As an advisor to The National Guitar Museum (NGM), Iommi will add his insight and experience to the museum's mission to promote and preserve the legacy of the guitar. While he is known worldwide for songs such as 'Iron Man,' 'Paranoid,'and 'Heaven And Hell,' he has also spent much of his career looking for ways to improve guitar technology and make the guitar more playable.

"I welcome the opportunity to be part of the National GUITAR Museum's goal to highlight the history of the guitar--the instrument that has been part of my life since I was a teenager," stated Iommi. "There is so much more to the guitar than six strings and a slab of wood. Everything about it is fascinating, from how it is crafted to the legion of people who have played it."

"Tony is one of the most important rock guitarists to ever pick up the instrument," said HP Newquist, executive director of the NGM. "His guitar playing has defined the sound of heavy metal for more than four decades, and he has influenced countless thousands--if not millions--of players. Tony's also had a huge affect on the instrument itself, from establishing the Gibson SG as an iconic guitar on to his own innovations in pushing the boundaries of string and pickup technology."

Iommi joins an existing group of renowned and respected guitarists on the NGM board, which includes Steve Howe, Steve Vai, Johnny Winter, Liona Boyd, Ritchie Blackmore, Joe Bonamassa, Pat Kirtley, and Pete Huttlinger. In addition to his guitar work with Black Sabbath, Heaven And Hell, and his solo efforts, Tony's highly acclaimed autobiography, "Iron Man," was released in 2011. He is currently working on a new studio album with Black Sabbath to be released in the New Year.