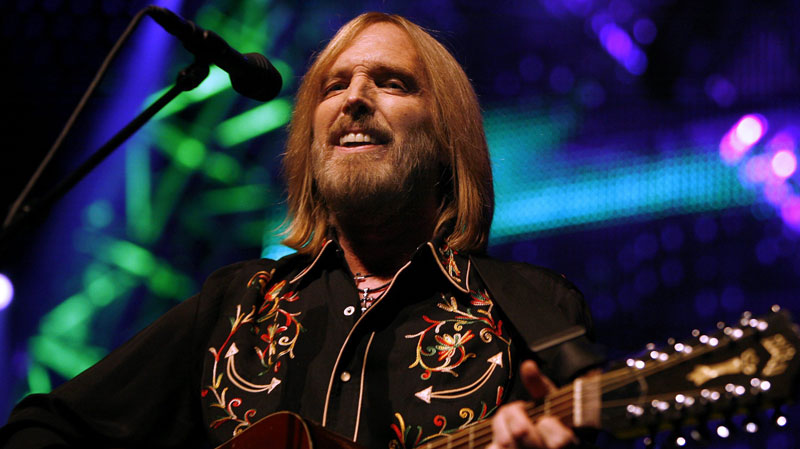 Tom Petty & the Heartbreakers have their guitars back andthey opened up their 2012 tour Wednesday night at the 1st BankCenter in Broomfield, CO.

Fans got an idea of which direction the show would head in withthe very first song, 'Listen to Her Heart' from the 1978 'You'reGonna Get It!' album. The band followed with three of their biggesthits, 'You Wreck Me,' 'I Won't Back Down' and 'Here Comes MyGirl.'

Five of the band's guitars were stolen last week from arehearsal space in Los Angeles, but were recovered on Tuesday(April 17) by police.

Daryl Washington, who worked as a private security guard atCulver Studios where the band had been practising ahead of thetour, has been arrested in conjunction with the crime. The stolenitems included Petty's 1967 12-string blonde Rickenbacker 360 andhis 1965 Gibson SGTV Junior, as well as a Fender Broadcasterbelonging to bassist Ron Blair, and guitars belonging toScott Thurston and Mike Campbell.

"We're relieved and extremely pleased that all of Tom Petty'sstolen guitars have been recovered and that a suspect has beenarrested. Our security department cooperated fully with the CulverCity Police in the effort to solve this crime."

He continued: "Even though the alleged culprit was not anemployee of the Culver Studios but worked for an independentcontractor, we feel a real sense of responsibility for everythingthat happens on our lot and we have conveyed our profound apologiesto Mr Petty for the distress the incident has caused him."

The band have also been added to the Isle Of Wight Festival billand will headline alongside Bruce Springsteen and Pearl Jam.

Tom Petty performs with The Heartbreakers during a stop on hissummer tour at Madison Square Garden in New York on June 17, 2008.(AP / Jason DeCrow)