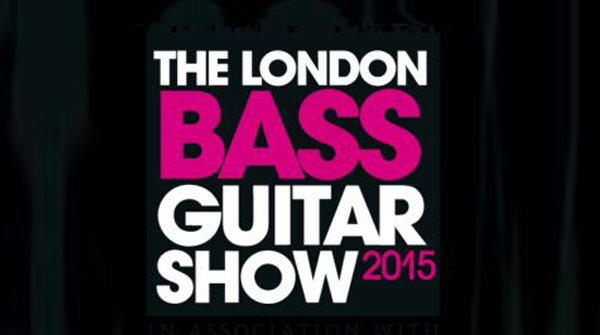 The London Bass Guitar Show is just around the corner and the line-up keeps getting bigger and bigger. It's gearing up to be the biggest yet, so check out the latest news and additions to this year's artist and exhibitor lists below.

Porter & Davies, world leaders in Tactile Monitoring, are proud to be at the London Bass Guitar Show 2015 making the British debut of their revolutionary KT Platform, a Tactile Monitor for bass players, following its highly successful launch at NAMM 2015 earlier this year.

Visit Porter & Davies on stand C18 at this year's show to find out more about the KT Platform.

Returning to LBGS 2015 is the one and only Jah Wobble. A founder member of Public Image Ltd, his bass playing drew heavily on dub which has remained an important feature of his music, and helped to pioneer the punk movement in the post-Sex Pistols era.

He'll be offering up a masterclass at 4pm on Saturday 7 March at this year's London Bass Guitar Show.

Heading to the London Bass Guitar Show next month is the EBassMan himself, Ethan Farmer. Working with some of the biggest stars in the business, like Lionel Richie, Janet Jackson, Christina Aguilera, Backstreet Boys and many more, Ethan will offer LBGS visitors an insight into how to become one of the coolest bass players in the industry and the chance to see his incredible talent and bass-style in person.

Catch his masterclass at 4pm on Sunday 8 March.

Steve Lawson returns to LBGS 2015 - Steve Lawson is the UK’s best known solo bass player and a man for who the term ‘experimental FX guru’ could well have been invented. A prolific recording artist, educator and columnist for Bass Guitar Magazine, Steve received great acclaim for his live show at last year’s LBGS with Lamb bassist Jon Thorne and we’re delighted to welcome him back.