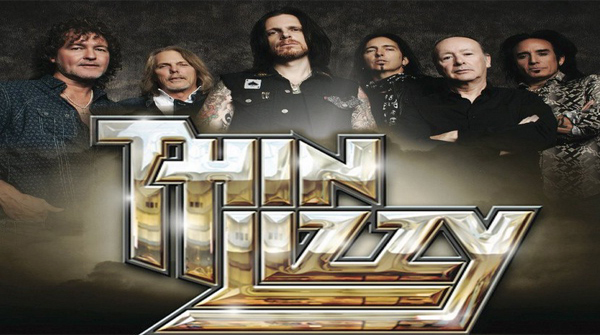 However, we're pretty sure the recent release of the 'ultimateThin Lizzy' box-set will have hardcore fans reaching for theirwallets. And at the very reasonable price of £24.99, it's even moreof reason to top your 'Lizzy' collection with this selection ofclassic albums housed in a gate-fold replica wallet all with theoriginal masters & artwork.

The Thin Lizzy set consists of the following albums:

In related news the band have revealed they are scheduled toperform at two very special intimate London shows 'for their fans'at Chelsea's Under The Bridge venue at Stamford Bridge, which isthe home of Chelsea Football club. Thiz Lizzy will perform as partof the special Irish themed shows during the Olympic Games inLondon. The dates are August 7th & 8thy 2012.

"After having a phenomenal year and a half on the road, includingsome great shows with Guns n' Roses last month, we jumped at thechance to play a couple of dates at the London Irish Village 2012at Under the Bridge to give something back to the London fans whohave been so loyal to us. These are intimate shows in a state ofthe art venue with very limited tickets available, and will be ouronly London shows for the rest of this year, so will be veryspecial. We may even throw in a surprise or two!"

Here is Thin Lizzy's up to date current 2012 gig schedule:

In Issue 2 of our FREE digital magazine iGuitar, we featuredan in-depth Gary Moore article in which we looked at theinfluential career of the Thin Lizzy guitarist - Subscribe for FREEtoday and take part in our exclusive Gary Moore masterclass &style anaylsis > www.iguitarmag.com