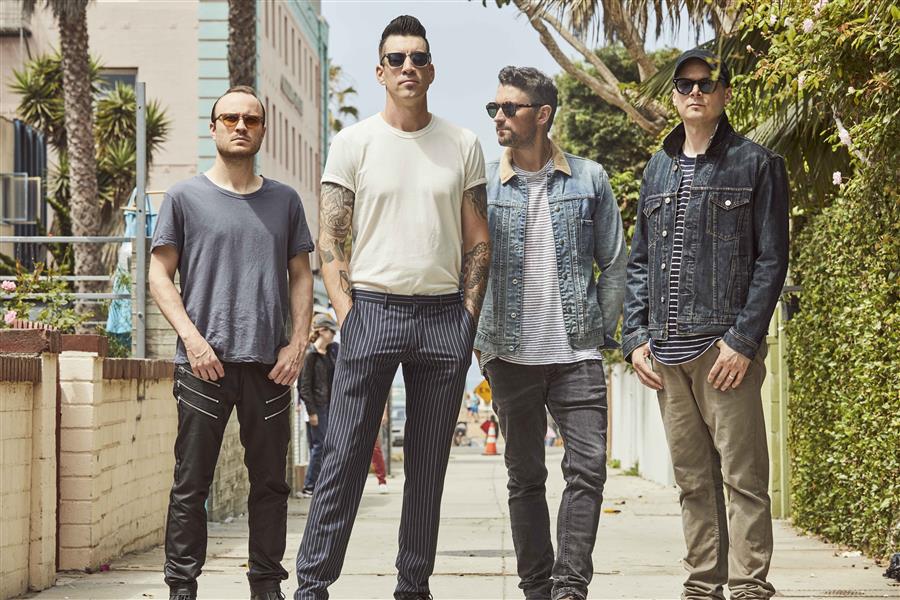 THEORY OF A DEADMAN have revealed an evocative new video for Wicked Game, their cover of the Chris Isaak classic, taken from the band's current studio album, Wake Up Call, out now via Atlantic Records.

The Canadian rockers are prepping for three UK shows later this month.  Catch them at the following dates:

Tickets are on sale now over at https://www.livenation.co.uk/artist/theory-tickets for London & Manchester and http://www.triplegmusic.com/ for Glasgow.

THEORY...'s video for lead track, Rx (Medicate), took aim at the current opioid epidemic impacting many American families and communities and has now racked up a colossal 27 million YouTube views

Recorded with producer Martin Terefe at London’s Kensal Town Studios, Wake Up Call found THEORY - Tyler Connolly (lead vox, lead guitar), David Brenner (rhythm guitar), Dean Back (bass) and Joey Dandeneau (drums) - crafting an album sonically different to their previous work.  The band tell us: "Progress is impossible without change, and those who cannot change their minds cannot change anything.  Wake Up Call reflects a positive change in our sound moving forward.  We created this record from a place of complete freedom.  It felt like a natural one, as well.  This is a new chapter for us and the live shows will reflect that.  Visually and musically we're gonna step it up and are so excited for our fans to see and hear the new THEORY."