The Winery Dogs Begins Recording Follow Up to Debut Album 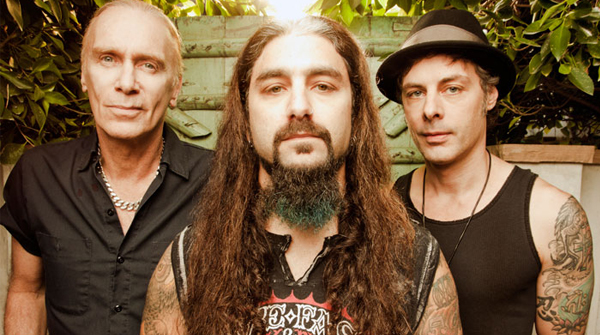 The Winery Dogs has entered a Los Angeles recording studio to start work on the follow-up to their debut album, which will be self-produced and released in North America on Loud & Proud Records via RED and in the rest of the world via earMUSIC.

The trio exploded onto the Rock scene with their self-titled, self-produced and critically acclaimed debut album that was released July 23, 2013 on Loud & Proud Records and a sold-out worldwide tour.

"I am thrilled to be back in the studio with Mike and Billy recording the second Winery Dogs record,” proclaims Richie Kotzen.

“I mentioned in an interview months ago that I thought based on how we’ve grown as a band, that this record could expand creatively beyond what we did on record one. After only two weeks of recording, I am convinced this sentiment is true.  I can’t wait to see where this all goes and share it with our listeners."

"We are excited to unleash The Winery Dogs second album,” says Loud & Proud Owner and President Tom Lipsky.  “The band took the world by storm with their debut album; fans went crazy and musicians and critics voiced their respect. The new album is going to take them to another level, and we are proud to be part of that journey."

In related news you can check out The Winery Dogs on tour later this year, with more dates to be added in the coming weeks:

The Winery Dogs US Tour