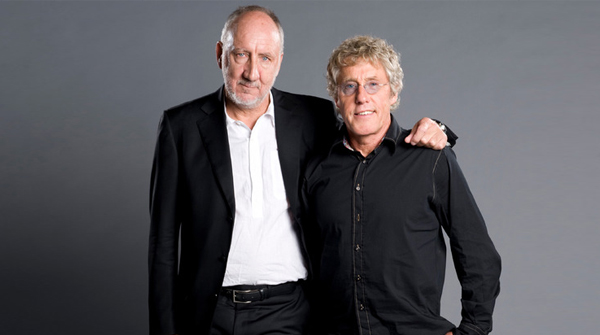 The Who will celebrate their 50-year legacy when they take their 'The Who Hits 50!' tour to North America next year.

The mammoth US trek will kick off its spring leg on April 15th in Tampa, FL and include 20 stops throughout the East before wrapping up on May 30 in Forest Hills, NY. The fall leg will launch September 14 in San Diego, CA and begin with West Coast dates throughout the U.S. and across Canada before concluding November 4 in Philadelphia, PA.

Set lists for these shows will include new and old numbers reaching back to the band's early days trough to tracks that originally featured on classic albums such as; Who's Next. Tommy, Quadrophenia, My Generation and Live At Leeds.

"From the band's first hit single 'I Can't Explain' to pioneering the rock opera with Tommy, The Who is one of the most influential and storied bands of our time," said Jennifer Breithaupt, SVP of Entertainment Marketing for Citi.

"This will be one of the most anticipated tours of 2015 and we are delighted to be able to offer Citi cardmembers early access to see this legendary band perform."

Tickets go on sale to the general public on Friday, October 17 at 10am (local time) at TheWho.com and 'The Who Hits 50! tour is being presented by AEG Live.

Not a member? Join today by visiting fanclub.thewho.com/signup.

The Who Hits 50 North American Tour