The Soundblox 2 Orbital Modulator from Source Audio is now Available 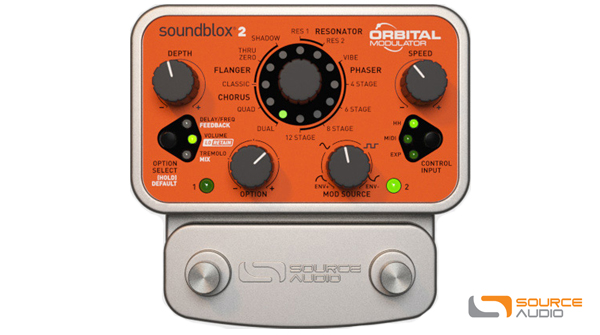 In an effort to make the Orbital Modulator totally userfriendly, a reset function has been included, which automaticallysets any of the effects to a meticulously fashioned default settingpersonally dialed in by Source Audio's tone obsessed engineeringcombo of Bob Chidlaw and Jesse Remignanti. Users can save twopresets that are easily recalled via two footswitches. Plus, theOrbital offers "Universal Bypass" which offers a choice betweentrue-bypass or a special analog buffered bypass.