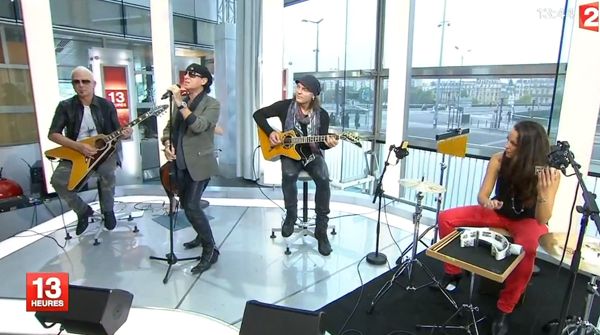 The hard-rock veterans took part in an interview and alsoperformed an acoustic performance of their power ballad classic'Still Loving You,' which was the second single taken fromtheir 1984 hit album, 'Love at FirstSting.'

Singer Klaus Meine fielded a variety of questionsfrom the French TV host before the band performed an acousticversion of the track.

The Scorpions will begin the European leg oftheir farewell 'Final Sting' tour on Sunday 21st October atKüçükçiftlik Park in Istanbul, Turkey before finishing up on homesoil on December 17th at the Olympiahalle in Munich, Germany.