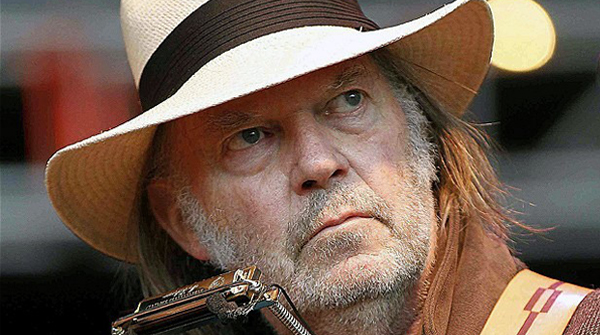 The godfather of grunge and two-time GRAMMY winner Neil Young is set to be honoured by The Recording Academy Producers & Engineers Wing for his commitment to the art of recorded music.

"The efforts of the P&E Wing continue to raise awareness about the importance of sound quality and the preservation and integrity of recorded music," said Neil Portnow, President/CEO of The Recording Academy.

"This year, it is with great honor that we pay tribute to a musical icon who has been tireless in his own efforts to draw attention to the importance of hearing music as the artists who created it intended, and who has continually set precedents of excellence within the music community. The contributions of Neil Young are innumerable, as is his incomparable body of work, and we look forward to an unforgettable evening with this legendary artist."

The event is set to take place on Tuesday Jan.21 next year at the Village Studios in West Los Angeles.