THE KERRANG! AWARDS TEAM UP WITH HOUSE OF VANS TO CREATE THE ULTIMATE 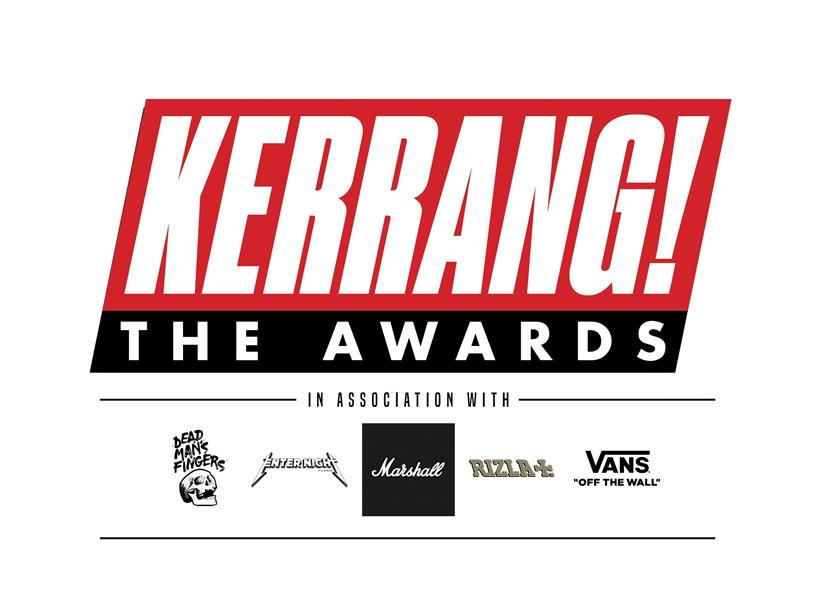 THE KERRANG! AWARDS TEAM UP WITH HOUSE OF VANS TO CREATE THE ULTIMATE METALLICA EXTRAVAGANZA

AND FEVER 333 LEAD THIS YEARS NOMINEES

KERRANG!, the world’s greatest global rock brand and the UK’s only weekly music magazine has today announced a collaboration with House Of Vans to bring a one of kind, one stop shop Metallica spectacle to London to coincide with the band’s Kerrang! Award nomination and their forthcoming Twickenham show.

The extravaganza will include an epic photo exhibition which will not only display never before seen photos from photographer Tom Barnes’ exclusive shoot, it’ll also showcase the birth of the band as seen through the pages of Kerrang! in an unparalleled celebration of the period between 1982 and 1989.  Named Hardwired… And Early Dayz, the exhibition will run from June 18 for a month and gives a never before seen insight into not only one of the greatest bands of all time, but also the inner workings of the world’s greatest rock magazine.

This unique smorgasbord of Metallica goodness also includes the UK Premiere of ‘Murder In The Front Row’, the “uncensored and boisterous” documentary of The Bay Area Thrash scene.  Exact date is TBC – keep an eye on Kerrang! Socials for the big date reveal.  Readers can enter a competition for tickets to attend.

As if that wasn’t enough, House of Vans will also be hosting an exclusive Metallica pop-up shop on June 19 and 20 in celebration of Metallica’s World Wired Tour, which makes its London stop at Twickenham Stadium on the 20th.  Not only can revellers beat the stadium queues, they can also buy exclusive merch that isn’t available at the show itself.

Attendees can also watch a screening of a live recording of Metallica’s intimate House of Vans set from 2016, drink the band’s signature beverage ‘Enter Night’ Beer which is also the official beer of the Kerrang! Awards 2019 and of course, enjoy listening to a plethora of fan voted Metallica tunes in the process.  Details of how to vote for tracks will be revealed soon on Kerrang.com

"Kerrang!'s relationship with Metallica pre-dates even the band, when a young Lars Ulrich would read about his favourite bands in our pages. We've been the Bay Area legends' staunchest supporter since their early demos, and we’re now delighted to be able to commemorate that association with our friends at House Of Vans.

“The aim is to create a gigantic experience that fans of the band can really revel in. From our very own Hardwired… And Early Dayz exhibition through to the UK premiere of Murder In The Front Row, the activities that will be taking place at House Of Vans during the Kerrang! Awards week and beyond are a re-affirmation of Metallica as a true people’s band. The event’s soundtrack will be determined by a fan vote and the whole thing will be fuelled by the band’s very own Enter Night beer. Expect a unique celebration of a unique band.”

Now in their 26th years, the Kerrang! Awards are firmly established as the most prestigious celebration of rock talent on the planet and they will take place on Wednesday June 19 at

Islington Assembly Rooms – the renowned Art Deco venue close to Kerrang!’s North London HQ.  The shortlists for this year have been decided by the public, with over 40,000 votes cast.

As well as the voted for categories, the awards ceremony will also see Kerrang! bestow a number of merit awards recognising career-long achievements. This will include the latest inductee into the Kerrang! Hall Of Fame and the presentation of the Kerrang! Inspiration Award.

The Kerrang! Awards are hosted in association with Dead Man’s Fingers, Marshall and Rizla.

The Kerrang! Awards 2019 is an invite-only event.

2 Slipknot – All Out Life

4 While She Sleeps – Anti-Social

5 Frank Iero And The Future Violents – Young And Doomed

2 Bring Me The Horizon – Amo

4 Behemoth – I Loved You At Your Darkest

3 Frank Carter And The Rattlesnakes

3 Bring Me The Horizon

4 Panic! At The Disco