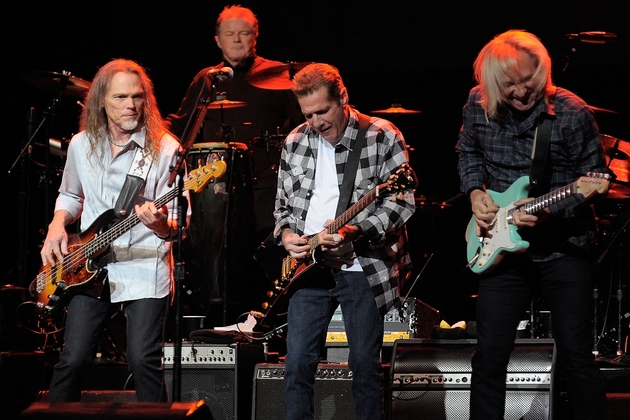 The Eagles are set to perform a trio of dates in January of next year to re-open the Los Angeles Forum.

According to reports from Billboard (via Hennemusic) the venues new owners Madison Square Garden Co will eventually spend £100 million in its acquisition and refurbishing of the historic venue which first opened its doors in 1967 and was sold to a church in 2000.

"The building is a grand dame of all these [arenas], the first of its kind," Glenn Frey told Billboard.

"It sounded great when we were rehearsing there. There's something about it and I don't [know] why it sounds the way it does. When we first played there, it looked cavernous. All the places (we played in the mid-'70s) appeared big. But I remember how good the Forum sounded and you can hear yourself."

The Eagles are more than familiar with the LA venue after playing a number of multi-night runs at the arena during the mid-to-late 70s as well as using it as a rehearsal space prior to their Long Road Out of Eden tour in 2009.

The Eagles are currently taking time out from their 'History Of The Eagles' North American tour with dates resuming again on September 4 at the Key Arena in Seattle.