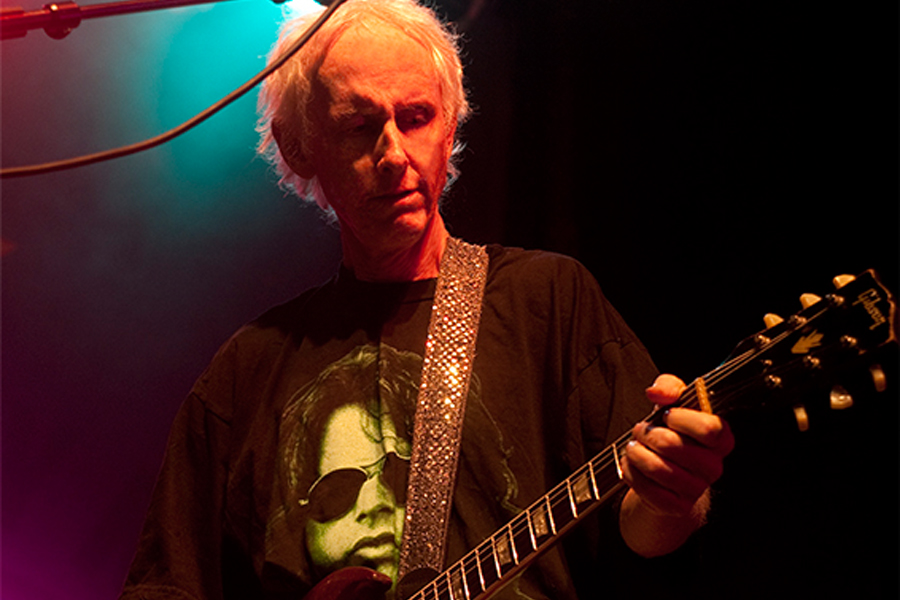 The Doors guitar legend Robby Krieger will be playing select US dates beginning in April! A Rock and Roll Hall of Fame inductee (with The Doors), Krieger wrote or co-wrote many of the Doors' songs, including the hits “Light My Fire”, “Love Me Two Times”, “Touch Me”, and “Love Her Madly”. After the Doors disbanded, Krieger continued his performing and recording career with other musicians including former Doors band mates John Densmore and Ray Manzarek. Robby is listed by Rolling Stone as one of the greatest guitarists of all time!

Robert Alan Krieger, born January 8, 1946, in Los Angeles, is a musical performer and The Doors guitarist. He attended UCLA.

“The first music I heard that I liked was Peter and the Wolf. I accidentally sat and broke the record (I was about seven). Then I listened to rock ‘n’ roll – I listened to the radio a lot – Fats Domino, Elvis, The Platters.

“There was lots of classical music in my house. My father liked march music. There was a piano at home. I studied trumpet at ten, but nothing came of it. Then I started playing blues on the piano? no lessons though. When I was fifteen, I started playing guitar. I used my friend’s guitar. I didn’t get my own until I was sixteen. It was a Mexican flamenco guitar. I took flamenco lessons for a few months. I switched around from folk to flamenco to blues to rock ‘n’ roll.

“Records got me into the blues. Some of the newer rock ‘n’ roll, such as the Paul Butterfield Blues Band. If it hadn’t been for Butterfield going electric, I probably wouldn’t have gone rock ‘n’ roll.

I didn’t plan on rock ‘n’ roll. I wanted to learn jazz; I got to know some people doing rock ‘n’ roll with jazz, and I thought I could make money playing music. In rock ‘n’ roll you can realize anything that you can in jazz or anything. There’s no limitation other than the beat. You have more freedom than you do in anything except jazz.

“In The Doors we have both musicians and poets, and both know of each other’s art, so we can effect a synthesis. In the case of Tim Buckley or Dylan you have one man’s ideas. Most groups today aren’t groups. In a true group all the members create the arrangements among themselves.”