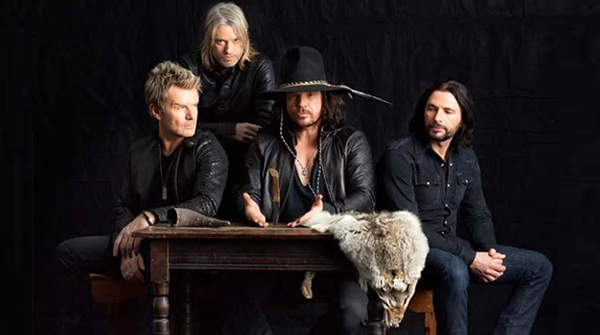 The Cult have announce details of an extensiveworldwide tour that will take in ten UK dates this comingOctober.

The Bradford post punk outfit had begun drip feeding fansdetails of a possible tour last week. Entitled'Electric 13' the trek will see the bandperforming 1987 album 'Electric' in its entiretyin one of their biggest worldwide tours in years.

"It's going to be one of longest U.S. tours for a while. Weare working on an album for 2014 so this is a way to break that upand keep the momentum from 'Choice Of Weapon.'"

The Cult released 'Electric'in 1987 making it one of the most successful and influential albumsreleased by the band. It was recorded in New York City at thelegendary Electric Ladyland studios with a young Rick Rubin andwent on to become the band's first Platinum album.