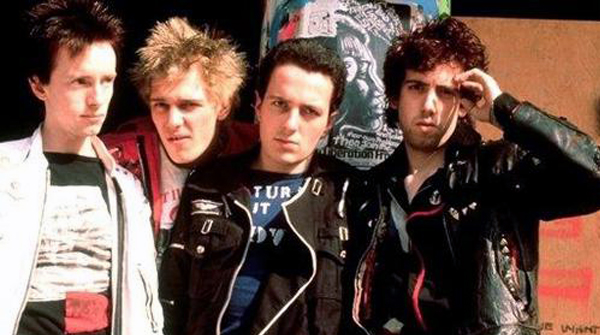 The surviving members of The Clash (Mick Jones, Topper Headon, Paul Simonon) are set to reunite for an exclusive BBC Radio 6 Music show.

Due to take place on September the 6th at the BBC's Maida Vale Studios, the one-off show will be pre-recorded in front of an intimate studio audience of Clash fans and is set to be broadcast shortly after on a date yet to be confirmed.

The show is part of a promotion that will see the release of three music projects 'The Clash Hits Back,' 'Sound System' and 'The Clash 5-Studio Album Set' which are to be released on September 9th.

"I am thrilled to be talking with Mick, Paul and Topper at length on 6 Music and will be asking them about their early years, their inspirations and where life has taken them since," said Cerys Matthews who will be conducting the interview.

"Their music gave a generation a voice not just in music, but in the choice of how they lived their everyday lives and it still sounds as great, as fresh and loaded with good intent as music can ever be."

During the course of the show, the trio will also take questions from the audience. Fans have until midday Sunday, August 25 to apply for tickets; more information is available at the station's website here.