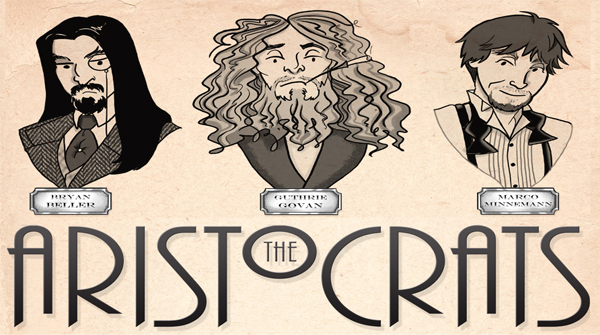 'Culture Clash' will be sold in bothregular and deluxe editions. The deluxe package will contain abonus DVD called, "Accept The Mystery: The Making Of TheAristocrats' Culture Clash", a 33-minute DVDdocumentary shot while The Aristocrats weretracking the album in Nashville, TN between January 15th-21st.Containing both studio footage and exclusive interviews with eachmember of the band, this is a special behind-the-scenes look atThe Aristocrats that fans have never seenbefore.

"It all comes out on July 16. Between now and then, we'll bereleasing previews of audio and video right here on this website,on our Facebook Page, as well as other media outlets. You mightwant to follow us on Twitter as well at @acratsband. There will bea presale soon. There will be new t-shirts soon. It will all beavailable at our webstore very soon, and if you stay tuned you'llbe the first to know."