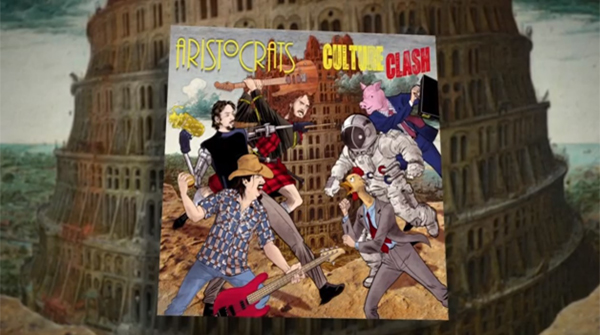 The Aristocrats will releases their second full-length studio album 'Culture Clash,' on the 16th July through BOING Music.

The band, which consists of Guthrie Govan, Bryan Beller and Marco Minnemann, have now released a promotional video for the new record which can be viewed below.

"We've all been totally blown away by the reaction to the first album, the live album, and just us becoming a band in general. We're all beyond grateful for that. So this record, I feel like, is a response to that amazing response. It's like, 'OK, you dug all that crazy stuff on the first one, eh? Well, here, check this out.' We don't want to rest on our laurels. We want to push this thing further, as far as we can, wherever that goes."

'Culture Clash' will be available in a number of formats including a deluxe edition of the album, which includes a bonus DVD called 'Accept The Mystery: The Making Of The Aristocrats' Culture Clash.'