The Acoustic Festival Of Britain Announces First Wave of Artists 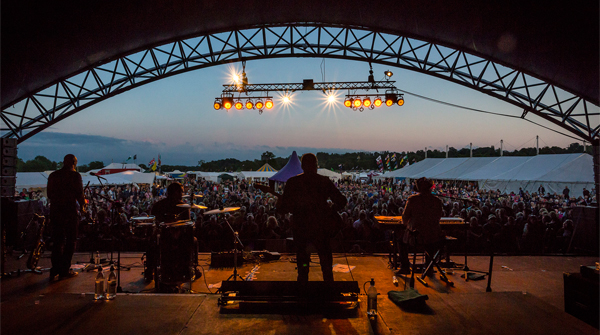 Staffordshire’s brightest and best music and arts festival, The Acoustic Festival Of Britain is ready to announce the first wave of the delightfully diverse and exciting range of artists who will grace the stage and have you up and dancing this summer.

Amongst the many wonderful acts lined up for the delectation of the Acoustic Festival audience in 2017 we have living folk-rock legends Fairport Convention, who celebrate their fiftieth anniversary in 2017.  The band who began in 1967 influenced by American folk-rock and the free spirit of the sixties have continued to develop along the way defining the British folk rock sound with their seminal Liege & Lief album and along the way introducing the world to the songwriting and singing skills of Richard Thompson, Sandy Denny, Iain Matthews, Simon Nicol and more. They continue to tour and record and annually host their own Fairport’s Cropped Convention festival where the band and guests perform to 20,000 fanatically Fairport devotees.

Martin Turner (founding member of Wishbone Ash) will also appear with his band, performing a selection of music from the back catalogue of the British rock institution, including tracks from albums like Argus, Pilgrimage, Wishbone Ash as well as material from his own albums that have secured his reputation as a quality musician, songwriting and performer.

Chart-topping three-piece Hoosiers will also grace the stage with their inimitable and infectious brand of Anglo-American pop-rock. Based in the UK since around 2005 they scored a number five single in the shape of ‘Worried About Ray’ and a number one album with The Trick Of Life and continue to tour worldwide today.

The Men They Couldn’t Hang the pioneering London-based folk-punk band who came to prominence alongside The Pogues with a string of indie chart hits including  John Peel favourite, ‘The Green Fields Of France’, ‘Iron Masters’ and ‘Ghosts Of Cable Street’ will also perform in 2017. With over thirty years on the clock the band show no sign of stopping anytime soon with regular gigs and recordings.

One of the defining figures of mid 80s synth-pop, Howard Jones also appears this year. Achieving ten UK top forty hits from 1983-86 and chart success in Europe and North America with songs like ‘New Song’, ‘What Is Love’, ‘Like To Get To Know You Well’ and ‘Things Can Only Get Better’. Since Jones has continued to perform, record and write for himself and others, collaborating with Propaganda, Sugababes and The Young Punx and touring with Ringo Starr, Midge Ure and Kim Wilde.

Plus Sam Evans Band, The Outcast Band, Seize The Day, The Rumblestrutters, Thrill Collins, Gaz Brookfield, Boy On A Dolphin, The Barsteward Sons Of Val Doonican with lots more acts still to be confirmed.

Also 2017 will see our Late Night Blues Bar Also for the first time in 2017 we introduce our Late Night Blues Bar featuring a collective of blues and r’n’b sessions and afternoon comedy in the live lounge continuing throughout Friday, Saturday and Sunday. Our hugely popular Ukulele Workshops return again this year and welcomes The George Formby Society as guests and performers. We also host a quirky exclusive this year too with the first festival appearance for the Pizzalele that will see the usual disposable cardboard pizza boxes being made into musical instruments, and then played in workshops!

This year also features an extended Children’s area with many extras including a huge storyteller tipi, both a puppet show and an art tent.

With child tickets still at only £10 for the full weekend and a family friendly atmosphere throughout, The Acoustic Festival of Britain makes for an affordable family break.

The AFoB takes Glamping a little further this year, with our Bell tents, our newly added Gypsy Caravans and camping village. It’s all clean, safe and affordable fun. As ever you can park by your tent, we have hot showers, flushing toilets and solar powered campsite lighting. And as ever Camper vans and caravans are welcome.

We’re also delighted to be hosting The British Unsigned Songwriters Competition for the first time at this year’s Acoustic Festival. The Big Top will host the best of songwriting artistes and the finalists will shoot off to the International Songwriting Competition of 2017 in Nashville, where luminaries like The Killers, Jon Bon Jovi and Alison Krauss will be amongst the judging panel.

For more informtaion on The Acoustic Festival Of Britain.