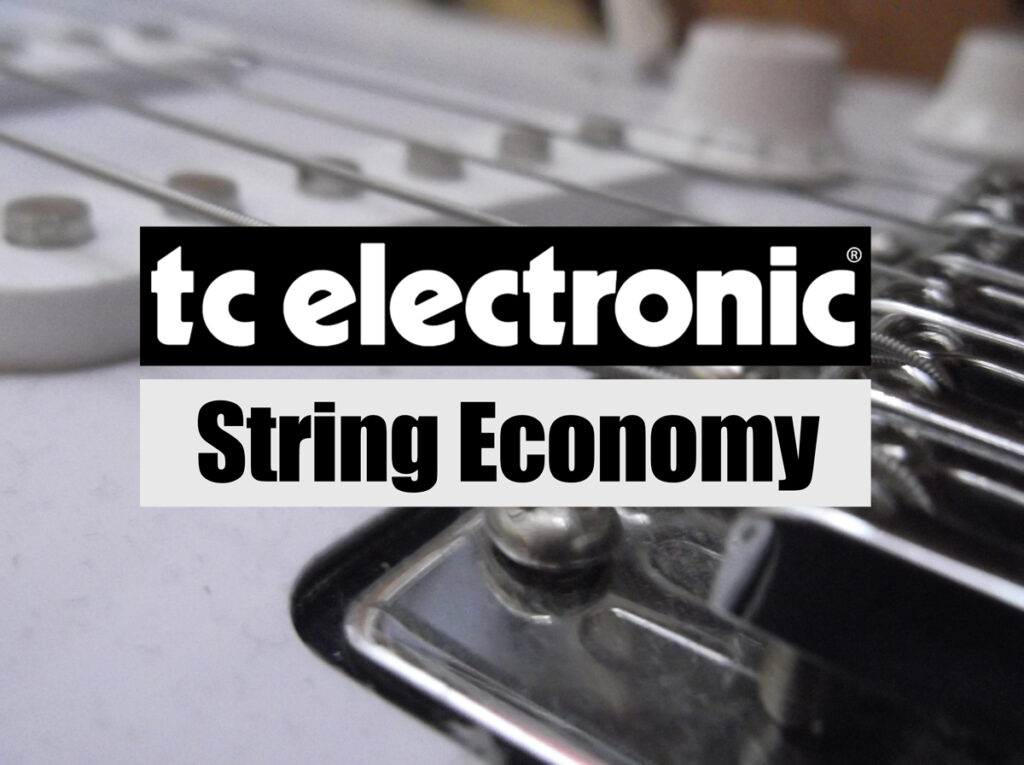 TC Electronic effects will no longer be processing the D-and G strings on guitars when running the guitar sound through TCElectronic products. This means that while the E A D and E -strings will still be effected in the quality guitarists expectfrom TC Electronic, the D- and G string will only produce a drysound when run through TC effect processors.

TC Electronic announces this quantum leap forward in effectsprocessing after extensive research in how to optimize effects forguitarists, and in an effort to maximize creativity.

A logical continuation of the groundbreaking PolyTune pedal, TCElectronic has now truly capitalized and maximized the effect of'per-string' processing.

Tore Mogensen, Product Manager for Guitar at TCElectronic comments: "We are at the forefront of effects when itcomes to quality and innovation. But in these times, that is simplynot enough. Everything gets cut down to a bare minimum and we arehuge believers in making effects that reflect the currenttimes.

So, we analyzed over 40.000 guitar solos in all musicalgenres and concluded we could easily leave out the D- and G string,as these strings are used 20% less than any otherstring.

I mean, name one riff played on the G-string that's notSmoke On The Water? Exactly. It's time to move on and we believe weare trailblazing a new era for guitarists. Metal guys only use thefirst three strings anyway, and every lead guitarist relies heavilyon the blues box on the D- and G string and working the highE.

While this may have led to some classic licks and solos overthe years, we want to encourage guitarists to use the other stringsas well - just think how guitarists will be forced to thinkcreatively when chugging a low E chord when they do not have theD-string at their disposal!

Also, by cutting out the D- and G string, we free up almost25% more processing power, allowing for richer effects and bettertracking. It also allows us to store our effects in an even smallerhousing, saving precious pedal board space!

These changes will be effective on products bought afterApril first and guitarists can update products bought before thatdate through a free software update at  http://www.tcelectronic.com/effect-economy.