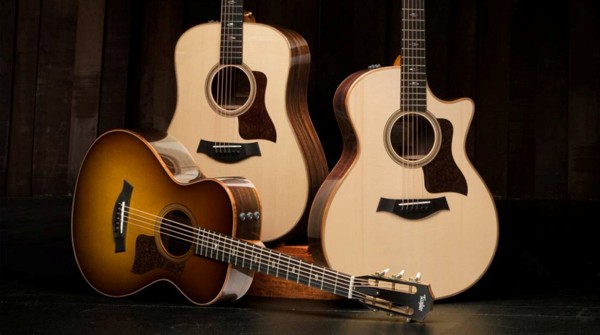 Taylor Guitars today announced its new redesigned rosewood/spruce 700 Series, one of the few remaining guitar classes in the Taylor acoustic line that hasn’t undergone a makeover in the past couple of years. The redesigned 700 Series features several tonal enhancements including Lutz spruce tops (provides a higher volume ceiling), Performance bracing and protein glue.

With the new 700 Series, players can expect all of rosewood’s musical richness, anchored by a strong fundamental focus that gives back whatever the player puts into the guitar and making these instruments great for the stage.

Aesthetically, the new 700 Series guitars are both rootsy and refined with wood-rich details and other touches that artfully showcase Taylor’s high-end craftsmanship.

“These guitars can handle a hard attack without flinching,” said Andy Powers, Master Guitar Designer, Taylor Guitars. “They are unbelievably good stage guitars for this reason. They don’t need to be played hard to sound good; they simply focus on a different kind of musical goodness. Their strong fundamental quality gives back to the player everything they put in, and then some.”

For more information on Taylor Guitars.