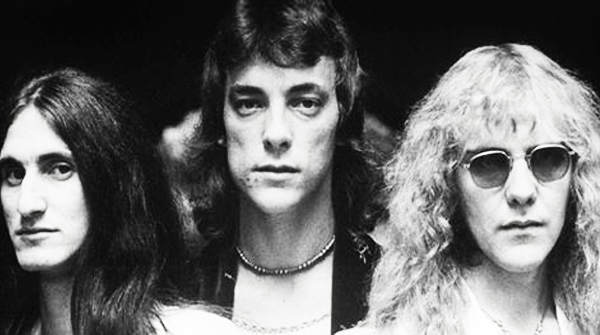 (PRESS RELEASE): On November 11th, Rush will release R40, the band's 40th Anniversary Collectors Boxset. The set features live footage spanning all four decades of their career, over two hours of unreleased material, including a rare performance of entire seven-part version of ‘2112’, three unreleased tracks from the 1974 vault, plus their Rock and Roll Hall of Fame Induction.

What better way to learn about 40 years of rock than with the Rush FAQ!

Rush FAQ documents the amazing story of the world's greatest Canadian prog rock power trio, from its origins in a church basement in Willowdale, Ontario, to its induction ceremony at the Rock and Roll Hall of Fame. Covering 40 albums, 10 DVDs, thousands of mesmerizing live shows, and millions of rock's most loyal fans, the story of Rush is as epic and unique as its music. Rush has been maligned by the press for decades, and misunderstood by a legion of mainstream rock fans and rock glitterati. And yet only the Beatles and Rolling Stones have earned more gold and platinum records. Few artists, if any, have been as influential as Rush's three virtuoso – bassist-keyboardist-vocalist Geddy Lee, guitarist Alex Lifeson, and drummer-lyricist Neil Peart.

Rush's focus has always been about its muse and its music. As such, Rush FAQ studies the evolution of the band's sound, from the early days of Zeppelin-esque blues-rock to complex, synth-laden opuses to the return of concept-album bombast with the critically acclaimed Clockwork Angels.

With wit, humour, and authority, music industry veteran and unabashed Rush geek Max Mobley examines the music, gear, personalities, and trials and tribulations of one of rock and roll's truly legendary acts. Rush FAQ is a story Rush fans will treasure and rock and roll fans will admire.