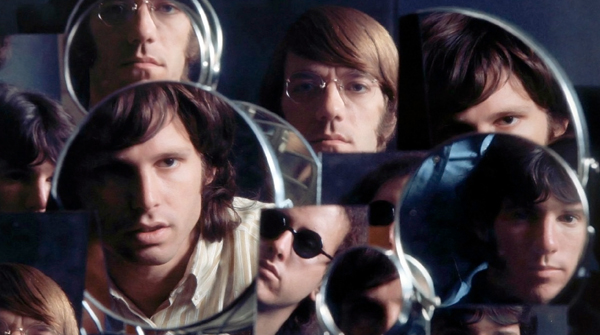 The surviving members of The Doors are toput aside their differences in order to perform a memorial show forbandmate Ray Manzarek.

John Densmore and RobbyKrieger's will end their near ten-year dispute in order tocommemorate the life of the legendary keyboardist, who died lastmonth aged 74.

And the musicians also settled their differences in time forDensmore to speak to Manzarek before his passing.

"The inner circle knew Ray had cancer for a while. Then Iheard he was really sick and called him. He said thank you for theprayers, and told me chemo was fucked. So there was a closing,thank God."

Densmore is said to be thrilled to be back on speaking termswith Kreiger, as he explains:

"I said to Robby a few weeks ago in an email: 'Let's have ourmusical reunion for Ray. Let's play some Doors songs. It's like tobreak the ice that way.' It should happen pretty soon."

One of the main reason for the band's feud was due to Densmorerefusing to allow the band's music to be used in an advertisingcampaign back in 2003. The very suggestion was said to remind himof an incident when Morrison was still alive, and the frontmanbecame furious at the idea of changing a classic Doors lyric toread "Come on Buick light my fire."

"What blows my mind is that 'Light My Fire' wasprimarily Robby's song," says the drummer.

"Jim threw in 'love become a funeral pyre.' Typical Morrison.If he flips out over 'Come on Buick light my fire,' what does thatmean about his caring for the whole catalog, everything werepresented? I'm not going to forget that."

Besides that, he argues, the band didn't even need themoney.

"The Doors aren't billionaires, but we have deeppockets," he says. "I have a nice house and a couple ofgroovy cars, so I'm going to veto this stuff."

"If they were struggling, it might be different. I knewmoney was going to be a very volatile subject. I've already beencalled a socialist elitist weirdo from the right."