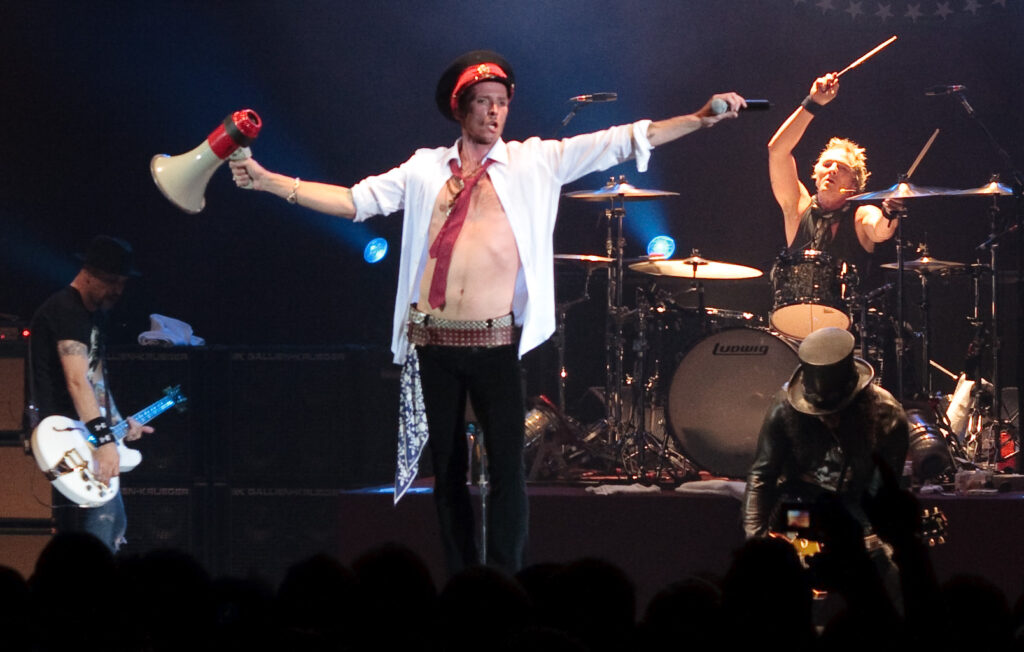 Stone Temple Pilots have sacked their frontmanScott Weiland, according  toSlash, who believes this to be the main reasonbehind Weiland talking up a potential VelvetRevolver reunion.

Earlier this year Weiland, who returned to the outfit in 2008after being dismissed by his Velvet Revolverbandmates, performed with VR at a charity show for the family of aclose friend, which subsequently led to Weiland claiming the bandhad begun writing new material.

However, on hearing the news Slash saidfrankly,

Asked by radio station 93X whyWeiland recently said the time was right to get back with VR, theguitarist explains:

"That's because he got fired from STP."

"these things always catch me by surprise too - I alwaysfind out about it through the media and I'm on the road in anothercountry. I start hearing all this stuff and then I inquire within,and that's what I was told."

In Issue 11 of Guitar Interactive Magazine Gi's JamieHumphries met Slash for an exclusiveinterview in which he discussed his most recent album release,'Apocalyptic Love.' We also feature an in-depthSlash-inspired masterclass in which we demonstratehow you can nail that Slash-signature tone atan affordable price.