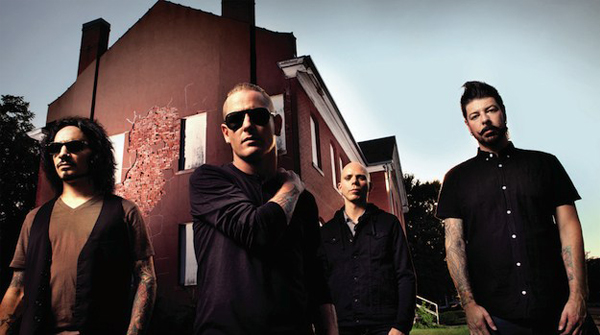 Guitarist Josh Rand broke the news in a recentinterview with MetalShrine, but now the band have made the move official tellingfans the news via their Facebookfanpage.

In the recent interview, the Rand said of Chow (via LoudWire):

"He came in, a super cool guy and did all 24 songs in fivedays. It was insane! I don't think people realize how great of aplayer he is. It was just insane to watch him knock these songsout. With him coming in and doing that, it just added another levelof energy to the whole project and he took a lot of the songs to adifferent level."

The vacancy was temporally filled by Skid Row'sRachel Bolan following the exit offounding bassist Shawn Economaki from theoutfit. However, Bolan was recalled to his day job with Row pavingthe way for Chow to join.

I am pleased to announce that Johny Chow will be playingbass guitar with Stone Sour on the House of Gold and Bones Parts 1& 2 tour cycle. Johny is a fantastic player and a long-timefriend of the band. We are all excited to have him be part of whatwill be our most exciting and ambitious album cycle yet.

For details regarding dates and venues for the upcoming 'House ofGold & Bones Part 1 & 2' head to the band's official website.