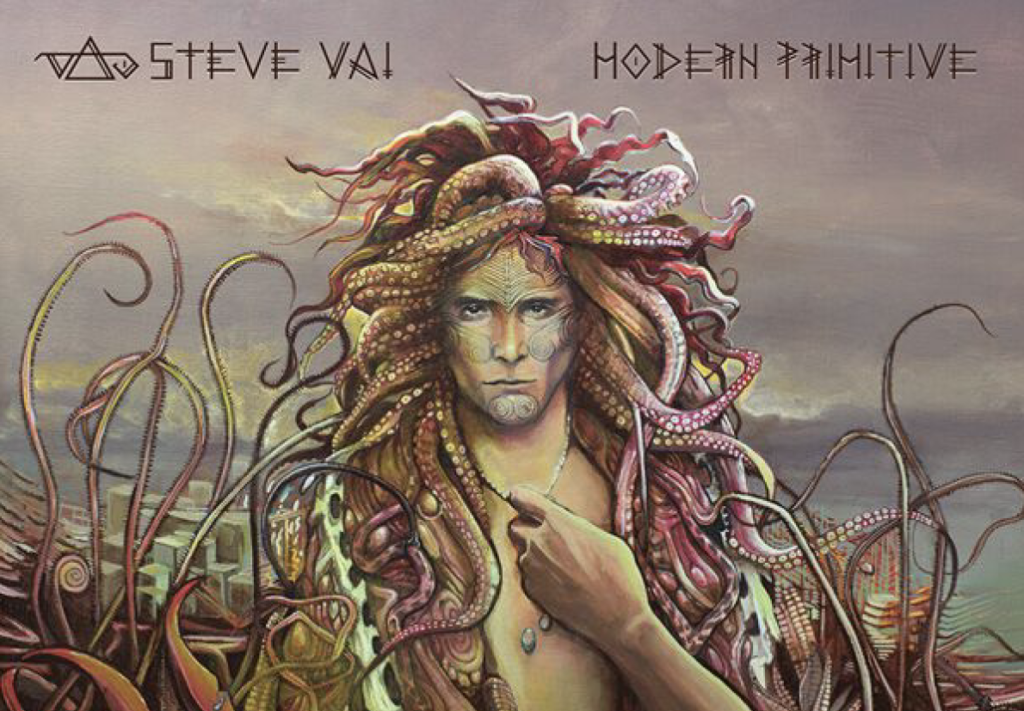 Virtuoso guitarist and visionary composer Steve Vai will release “Modern Primitive on July 7th, 2017 through Favored Nations Entertainment, the indie label founded by Vai in 1999. Originally included as a companion disk to Vai’s 25th anniversary release of his seminal “Passion and Warfare” CD, “Modern Primitive” will be released by itself as the 7th instalment of the Steve Vai “Secret Jewel Box,” an ambitious 10 CD box set that was originally released in December 2001. This stand-alone release of “Modern Primitive” will be a limited edition album and has been modified specifically for Vai’s Secret Jewel Box, making this an instant collector’s item for Vai fans around the globe.

Modern Primitive is comprised of material that was written and partially recorded with Vai’s band “The Classified” back in the early 80’s. “The Classified” consisted of Tommy Mars on Keyboards, Chris Frazier on drums, Stu Hamm on bass and Sue Mathis on vocals and keyboards that he formed after his first solo record Flex-Able (1983) and prior to the writing and recording of the music on Vai’s renowned, Passion and Warfare (1990). Vai completed the recording in 2016, 30 years after its inception. The album represents that missing link that exposes the colossal growth period between Flex-Able and Passion and Warfare.

“The music on Modern Primitive was written and recorded with virtually no expectations for its future,” Vai said. “As a result, there was an opening up to a powerful and personal creativity that allowed me to find the most stimulation music I could conjure. So far it’s my favorite album that I ever made.” 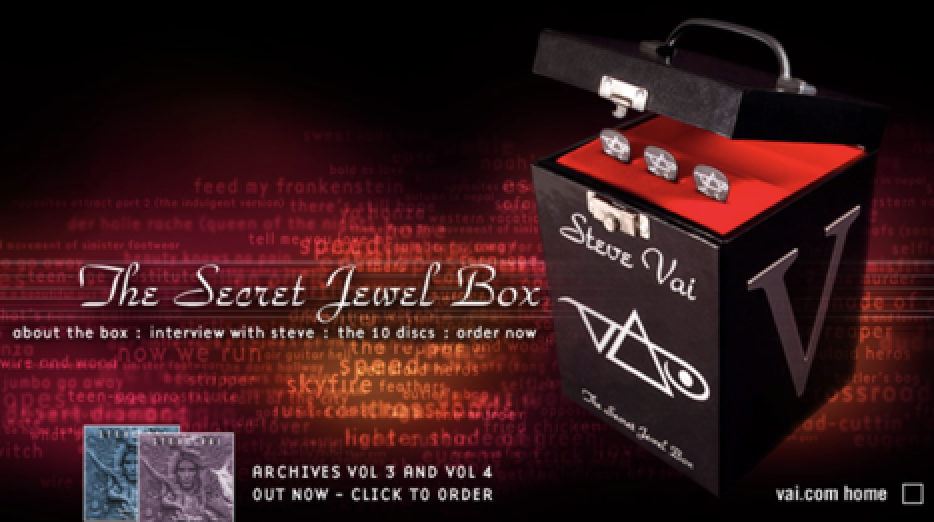 Vai’s “Secret Jewel Box Set,” a deluxe 10”x6”x6” gloss black box, lined with red velvet, features compartments for a total of 10 CDs, 3 guitar picks, and a 100-page booklet. Hidden in a flap on the underside of the box in an exclusive CD interview with Steve specifically about the project. Much of the recordings contained in “The Secret Jewel Box” are comprised of various material from dozens of different records including guest appearances, film soundtracks, bonus tracks, a piano reduction CD, and a full CD comprised of choice tracks that Vai contributed to while working with Frank Zappa in the early 80’s. All of the rare and essential Vai recordings that do not appear on his solo records are collected here, with many surprises for even the most hardcore collector. A limited run of 7,000 units of the box set was manufactured and sold out.