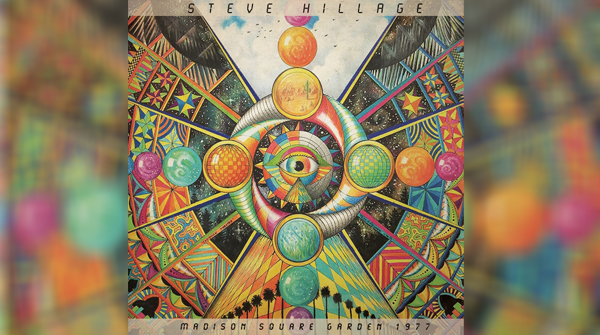 Steve Hillage is one of the most idiosyncratic and instantly recognisable guitarists in the world. Associated with the Canterbury scene, he has worked in experimental domains since the late 1960s. Besides his critically acclaimed solo recordings, along with prog legends Gong, Steve has been a member of the ensembles Khan and System 7. And now, much to the excitement of Steve Hillage fans worldwide, Cleopatra Records will be releasing a vintage concert recording from 1977 of his band in concert at Madison Square Garden in NYC!

'This was a great performance from another fine period of my band in the late '70s. This was my first tour of the US '“ Gong never played there while I was in the band in the seventies. It wasn't my first visit to the US though '“ my first visit was in 1976 when I went to record 'L' at Todd Rundgren's studio, near Woodstock, New York. Madison Square Garden in New York is an iconic major venue, so it was a fantastic honor to play there! We were playing to audiences who mostly didn't know our music too well, so we just let rip and went for it. The band was really firing!!!'