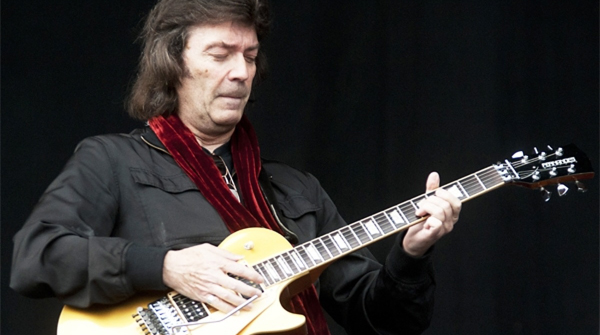 As the DVD release of Steve Hackett's 'Genesis Revisited: Live at The Royal Albert Hall' edges closer, a new and exclusive behind the scenes look at the show has been released prior to the official DVD launch.

"I'm excited the Steve Hackett Genesis Revisited show at the extraordinary Royal Albert Hall is being released on both DVD and Blu-Ray in 5.1. It was a thrilling musical experience for all concerned with a fantastic light / visual show! Paul Green and team filmed it brilliantly too. It's a feast for eyes, ears and all the senses..."

A clip of the song 'Carpet Crawlers', featuring special guest Ray Wilson, was also recently revealed and can be viewed below.

'The Genesis Revisited incarnation represents perhaps the last chance we'll have to hear it as it should be. It's hard to recall a performance that sounded so good at this venue'.