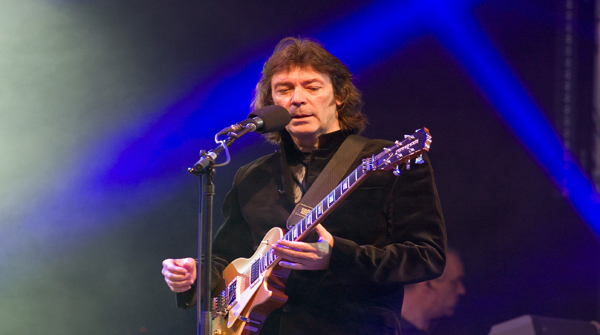 Due to huge public demand, prog-legend SteveHackett has added another 9 shows to next year's 'GenesisRevisited Tour.

The Genesis Revisited Tour is shaping up to be Hackett's biggestproduction in recent years, giving his audience a chance to re-livethe legendary band's golden era through classics from both hisGenesis Revisited albums.

"Sales have gone ballistic with demand from promoters andfans for extra dates" says Hackett enthusiastically of nextyear's UK tour, "I'm knocked out with the overwhelminglypositive response and I'm thrilled we're going to do more shows...There'll be some set changes between the two tours but both'll havetons of classic faves including Supper's Ready, Dancing with theMoonlit Knight and Musical Box..."

Tickets for the aforementioned shows will go on sale Friday 7thDecember.