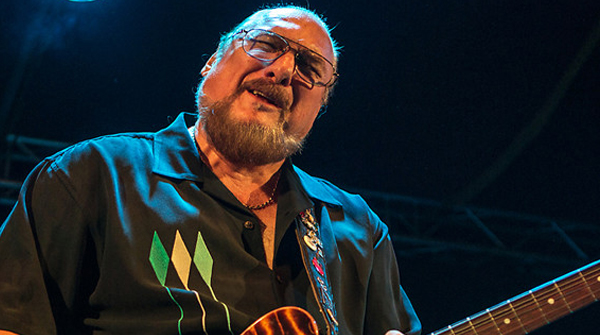 A one-off showcase featuring a trio of guitar legends has been announced.

Taking place at the Jazz Cafe in Camden on 13th September the event, which has been dubbed "Rock n Roll Royalty", will feature founding member of Booker T. & The MG's, Steve Cropper, plus the legendary Albert Lee and "The Master of The Telecaster" himself, James Burton.

All three of these iconic guitarists will also be appearing with Jerry Lee Lewis at The London Palladium and The Glasgow Clyde Auditorium of September 6th and 10th respectively.

Legendary guitarist and founding member of both Booker T. & The MG's and The Mar-Keys. He was also the co-writer of the classics (Sittin' On) The Dock Of The Bay, Knock On Wood and In The Midnight Hour. Still an in-demand musician and producer, Steve has also contributed to albums by Paul Simon, Ringo Starr and Buddy Guy, to name but a few.

Albert Lee's impeccable country music and rock pedigree stretches back over more than 40 years. He has performed with many of the greats in country and rock, including Joe Cocker, Emmylou Harris, Eric Clapton and the Everly Brothers. Widely regarded as one of the world's greatest living guitarists, he is also a red hot piano player and a pretty good singer too.

James Burton "The Master of The Telecaster"