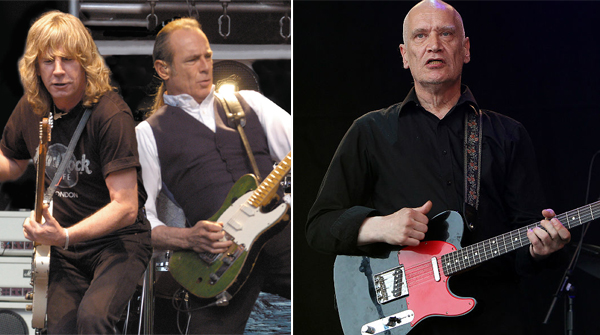 Status Quo and Wilko Johnson will embark on a UK tour together at the end of the year.

Both Quo and Johnson will perform dates throughout November and December as part of the 'Accept No Substitute' tour. However, the former Dr Feelgood guitarist is expected to miss the first two of eleven dates of the joint headline UK jaunt.

Following the completion of their recent run of acoustic show, Francis Rossi, Rick Parfitt, Andy Bown, John 'Rhino Edwards and Leon Cave will now "plug back in and bring their thunderous electric live show back to the nation's venues".

"We've had such a blast with the 'Aquostic' style, but for this tour we are going back to the sound that defines us. I read in the paper that we were breaking up; but we're not finished yet I can tell you!"

"I guess the name of the tour speaks for itself, but this is full-throttle no-nonsense Status Quo".