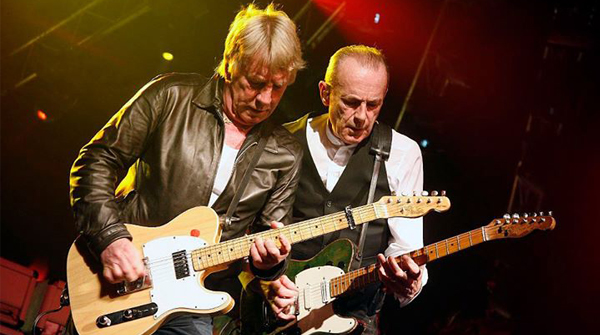 Status Quo have two reasons to celebrate thisweek. Firstly the rock veterans reached the milestone of their100th single release and secondly their new album 'BulaQuo!' was named album of the week by BBC Radio 2.

Rossi said of the achievement:

"One hundred singles seems incredible even to me - and Irecorded them all. When we started out we would have been happy tosurvive a couple of years in this business. To reach this milestoneis unbelievable."

"We always joke that you'd get less time for a murder. But inall honesty we'd like to thank all the Quo fans all over the worldwho have sustained us on an amazing ride."