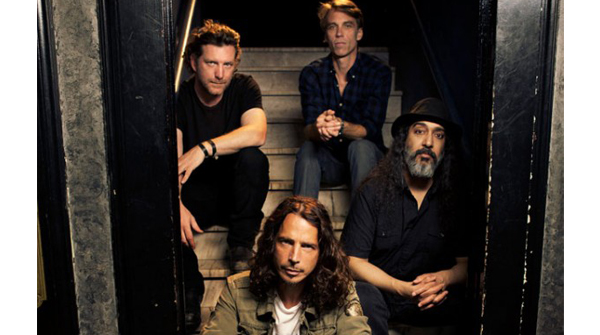 To coincide with this week's release of much anticipated newalbum, 'King Animal' by Seattle'sSoundgarden, footwear giant Converse has announceda limited edition, collaboration with the band.

The suggested retail price is $65.

In related news Soundgardenguitarist Kim Thayil has told Consequence of Sound that he believes drummer MattCameron may have planned the band's reunion.

"Matt demoed a couple of songs that he wanted us to learn. Hesent us an email saying he booked studio time that November andthat he'd love to show us these songs and have us learn and recordthem. I guess he just wanted to hear what they'd sound like with usplaying them. I'm inferring from that that they didn't work out forPearl Jam or something."

When asked if Cameron may have had the intention of reunitingSoundgarden all along, the guitarist said:

"He might have. I shouldn't speculate, but I think he wantedto get us back together - because that's where we are. We went intothe studio, rehearsed and jammed on those songs, and from thereother ideas started coming forward."