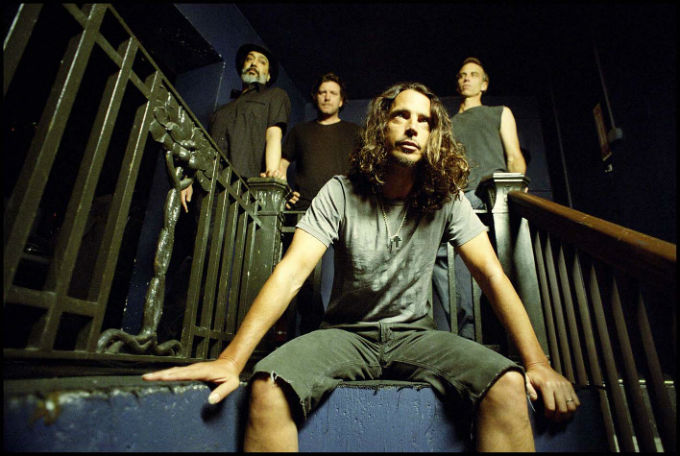 Last week, Soundgarden released a clip of their first new song for 15 years 'Live To Rise'. They've now made the full version of the track available to listen online.

The track is taken from the soundtrack to the Hollywood blockbuster 'The Avengers', which will also feature new music from Kasabian, Rise Against, Bush, Black Veil Brides, Papa Roach, Five Finger Death Punch and Evanescence.

The band are currently in the studio finishing up work on their sixth studio album, which will be Soundgarden's first record since 1996's 'Down On the Upside'.

Chris Cornell and his band are coming to the UK this summer to headline the Hard Rock Calling festival at Hyde Park, London and will also perform at Castle Donninton's Download festival in June.

'The Avengers' film is set for release on April 26th in the US but will be titled 'Marvel Avengers Assemble' in the UK. The full tracklisting to Avengers Assemble OST, featuring Rise Against, Evanescence and Black Veil Brides is as follows:

13. "From Out of Nowhere" - Five Finger Death Punch

Additional track on the international release:

You can listen Soundgarden's 'Live To Rise' in full below now.