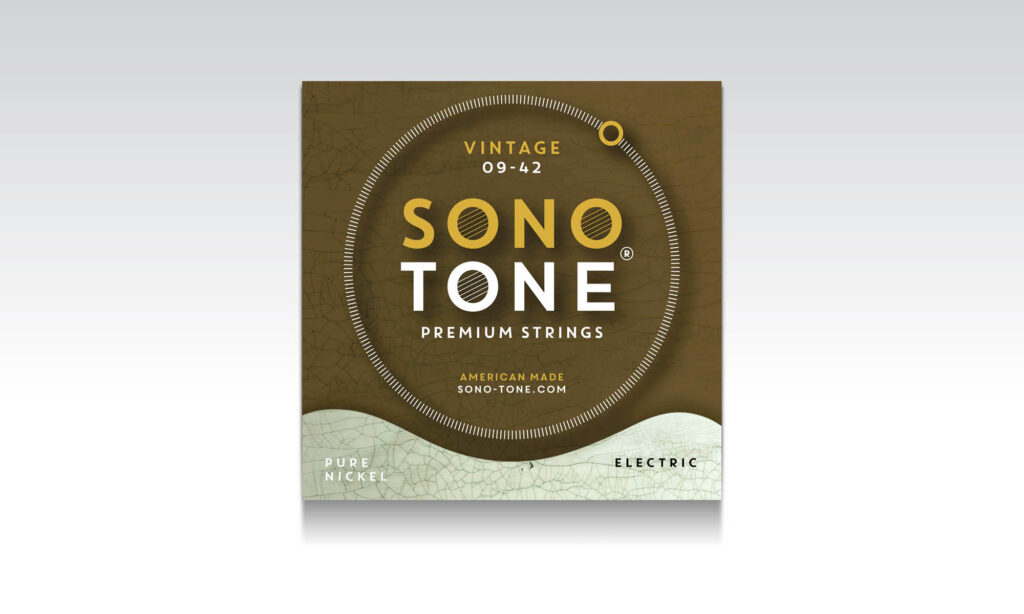 SonoTone, the Massachusetts-based manufacturer of small batch, premium guitar strings, has debuted its Vintage series of electric guitar and bass strings, offering serious musicians and vintage instrument collectors the opportunity to outfit their new and vintage instruments alike with strings formulated to reproduce the lush harmonic resonance and raw, responsive feel reminiscent of the guitar strings manufactured in the U.S. during the 1950s and '60s.

Now the string of choice for legendary guitarists like Joe Perry and Jeff Beck — in addition to a growing legion of professional and amateur musicians, vintage instrument collectors and tone aficionados — SonoTone Vintage strings resonate with the warm, full, brilliant tones found on many of the most iconic rock music recordings from over a half-century ago.

Vintage sound straight from the source

The SonoTone Vintage series represents the culmination of over three years of experimentation with various materials and manufacturing techniques by SonoTone founder P.K. Pandey. Having spent more than 25 years on a quest for impeccable tone, both as a studio recording engineer and A/V systems design/build engineer, Pandey's journey eventually led him to reconsider the fundamental medium and point-of-contact between the player and the guitar, the material source of the instrument's "voice" — the taught, vibrating metal wires fastened to the bridge on one end and headstock on the other — i.e., the guitar strings.

Starting from this fundamental level, Pandey tested different metals, amalgams, and manufacturing processes until he eventually found the hard-won formula, known only to him, which at last recreated the vintage tone and feel of the guitars he remembered playing as a kid.

Now available directly from www.sono-tone.com, in the U.S. and in select European countries through Fulfillment by Amazon, as well as in Japan through the manufacturer's distribution partner, SonoTone Vintage series premium guitar and bass strings feature a pure nickel wrap wire with a hexagonal core, producing a rich, warm, clear tone on any guitar while also enhancing the instrument's resonance and sustain — in addition to providing tons of attack, whether plucked fingerstyle or with a plectrum.

Unlike many contemporary, machine-made strings produced in bulk quantities outside the U.S. at mass-market, commodity prices, SonoTone Vintage strings use only the highest-quality materials available, with additional measures taken throughout the manufacturing process to optimize string behavior, playability, tuning stability and longevity, without using any coatings, so that only the pure elements that make up the string-wire ring out, unencumbered, through the entire body of the guitar.

To find out how the SonoTone Vintage series strings will enhance the sound of your own new, used or vintage instrument, please visit to www.sono-tone.com for more information.