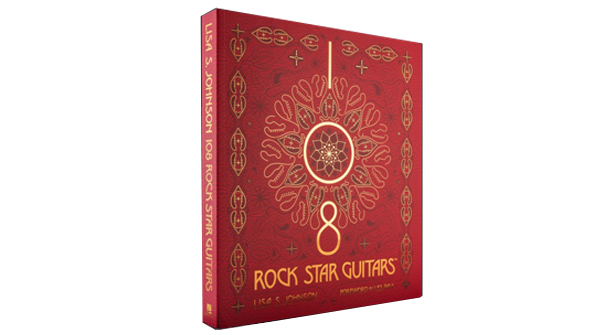 108 Rock Star Guitars, originally issued as an embossed, red leatherette-bound hardcover in limited quantity that USA Today called, “…a monster of a coffee table book…,” will now be available to a much wider audience at a more affordable retail price.

“Even at a lower price, it was essential that this version maintained the style and beautiful quality of the hardcover edition, and I think anyone who sees this book will appreciate the care and detail that went into the new presentation.”

Hailed as “impressive,” “jaw-dropping,” “masterpiece” and “elegant” by media and artists alike when the original hardcover version was released in October 2013, 108 Rock Star Guitars received widespread accolades for its overall design and the artistry of the images—up-close portraits of the cherished guitars belonging to some of the world’s most iconic players.  American Photo magazine named it one of the “Best Photo Books of the Year” for 2013, while Brian Setzer called it, “The classiest guitar book I have ever seen.”

Additionally, Johnson provides personal anecdotes describing her 17-year quest to photograph these guitars and documents her travels from the backstage hallways of some of the world’s most famous venues to the artists’ private homes.